Right after Christmas I decided to take advantage of a deal at Ray Supply in Glens Falls I saw on their facebook page. They had one new Canon EOS M3 kit which included the 18-55mm lens and the electronic viewfinder. The M3 has a 24 megapixel APS-C sized sensor similar to the one in the 80D I had and sold earlier in the year.

I decided that I could take advantage of this deal by trading in my last EOS 7D and some lenses I wasn't really using much. What I wasn't counting on was that the version of Canon's software won't process RAW files from the M3. The newer version of the software, which I also had to use with the 80D, will not run on my MacBook Air with OS High Sierra. So I can not process RAW files as I normally do.

I have a trial version of Photoshop Elements which will process the RAW files but there is no lens correction feature as with the Canon software. The camera will adjust for lens aberrations in camera but only with JPG output which leaves me unable to adjust white balance.

So, until I get the newest version of the Canon software working, I'm shooting both RAW and jpg files (the camera can automatically save both) and dealing with it the best I can. 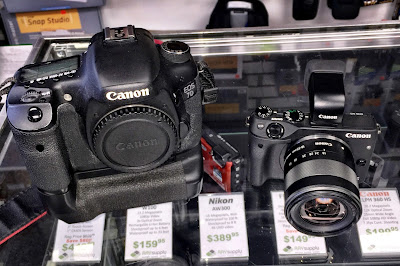 Here are two shots at Cohoes Falls showing the short and long ends of the 18-55mm kit lens (28.8-88mm full frame equivalent), which is shown on the body in the picture above.

These photos are single image files processed with Photomatix HDR software which also will process the Canon RAW files but there's no lens correction. 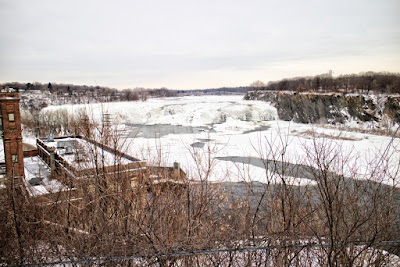 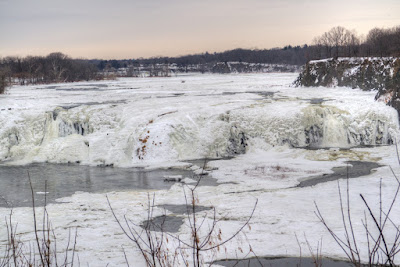 I also have an adapter which will let me use EF and EF-S mount lenses. Here is one of the hydro-electric dam at Peebles Island from this morning with my 70-300mm DO lens at 160mm (256mm eq.), wide open at f/5 and 1/1250 second at ISO 200. This was processed from RAW in Photoshop Elements because the white balance needed adjusting. 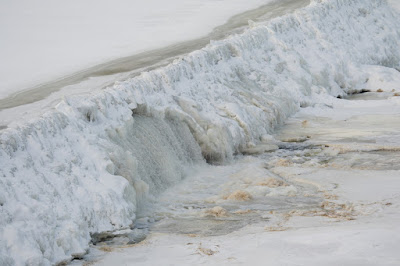