There was some sun early this misty morning but it soon clouded over. I walked over to Waterford Harbor for these sunrise shots and some images of the New York State Canal Corporation's tugboat Waterford as it prepared to tow the docks from the harbor up to the dry dock area above lock E3 where they rest for the winter. 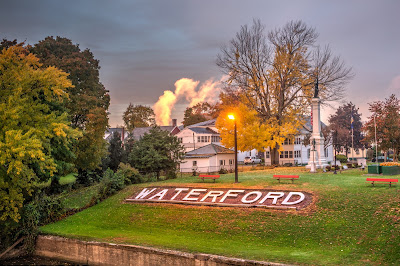 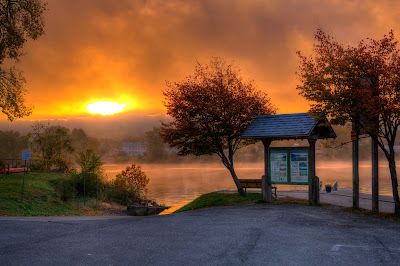 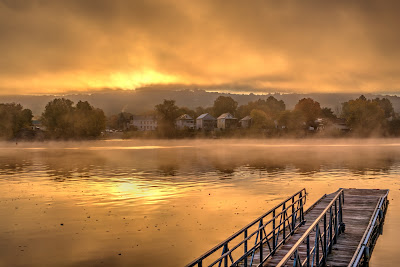 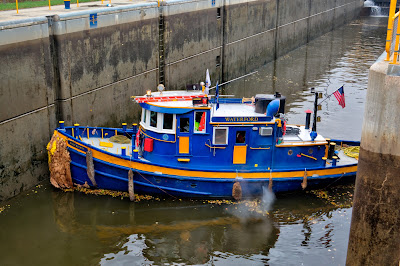 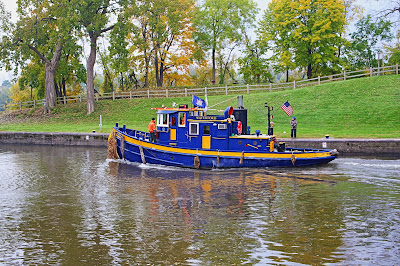 Posted by David Truland at 11:48 AM No comments:

Nighttime Sports With A Slow Lens

I hadn't been planning any nighttime sports shooting this year, or last for that matter, because I really don't have lenses long enough for field sports that are fast enough for the required shutter speed at ISO levels that aren't ridiculously high.

A lens with an f/2.8 maximum aperture and a 70-200mm lens with a crop sensor body or a longer zoom with a full frame body are the minimum recommended gear for such work. My only lens longer than 105mm at this point is my 70-300mm f/4-5.6 zoom. This means that at the longer end of the zoom I'm getting two stops, or four times, less light than an f/2.8 lens.

After watching the first half of Hartwick Women's Soccer from the sidelines sans camera, I decided at halftime to go out to the car and see what I could do. Full frame cameras have much better image quality at high ISO settings than crop sensor bodies due to their lower noise levels so I thought maybe I could get the ISO high enough for fast enough shutter speeds.

This all depends on the light level of the field, of course. Three years ago I shot a match at a poorly lit field which I wrote about here. Exposure settings on that occasion were f/2.8, 1/750th second at ISO 4000. I was using a crop sensor 7D so that was pushing the ISO. The other night, I was stuck with a two stop slower aperture of f/5.6 and settled on a shutter speed of 1/500th second. ISO needed was 6400. But, I was using a 5D Mark III so the noise level was much better.

The two sets of RAW files were very similar, mostly underexposed but able to be brightened in processing. The 5DIII files were much less noisy. If you do the exposure math, the field the other night was about one EV more brightly lit than the field three years ago.

Here are some samples from the match which Hartwick won 2-0, securing their place in the Empire 8 playoffs next weekend. 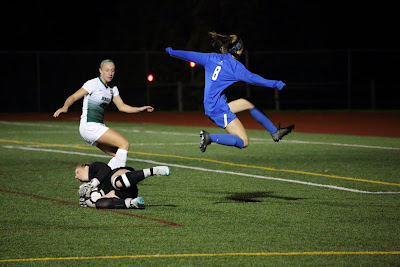 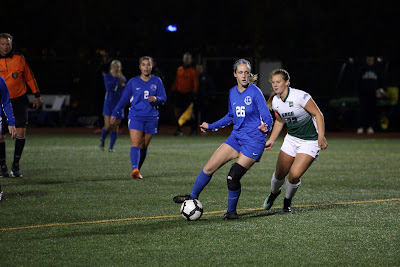 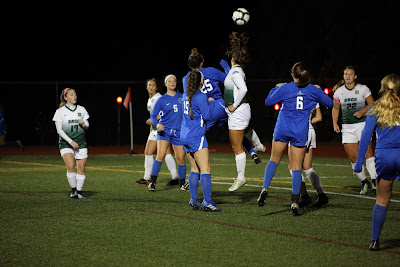 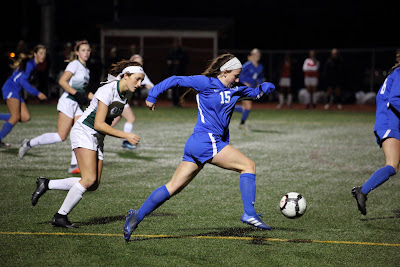 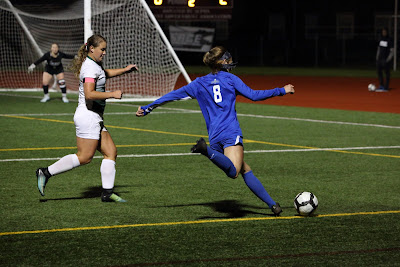 Posted by David Truland at 7:34 AM No comments:

Happy Birthday To Me, Sort Of

I know that I said back in June that my gear was set for the rest of the year. What was I thinking. I actually didn't make it through the month before picking up a lens - that I've now sold.

Actually, December 31st is probably the only day it's safe to say that my gear is set for the rest of the year. Late in the day on December 31st.

As the Gear for Sale page indicates (at least as of this date), I'm selling all my crop sensor bodies. I had originally intended to pick up a used 6D body to go with my 5D Mark III but through a chance email from a photographer friend, I learned that he was selling an older 5D Mark III that had received a new shutter last year. The price was the same as for the 6D body. It was an offer I could not refuse.

As my schedule yesterday and today, my birthday, was light, I made the 200 mile round trip to pick up the camera yesterday. The one change I might consider sometime down the road would be to replace the 70-300mm lens with a 100-400mm lens since I won't have the crop factor to make the 300mm have the view of a 480mm lens. The Canon 100-400mm zoom also takes extenders which, with the 1.4X, would give me a 560mm f/8 option.

Here is a shot of my ThinkTank Photo Airport Commuter loaded with the new gear. Some other lighting equipment is in a shoulder bag. 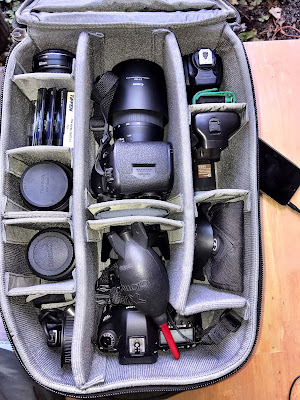 And here are some shots from my morning walk around Peebles Island with the two bodies. One with the 24-105mm lens and the other with the 70-300mm lens.  No deer sightings today. A rarity. 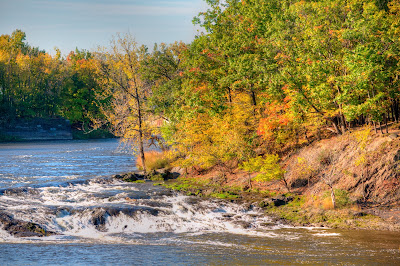 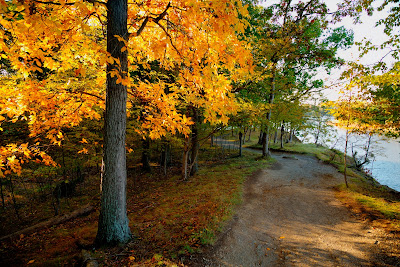 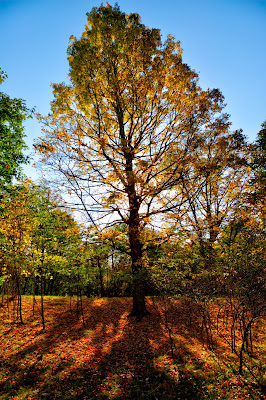 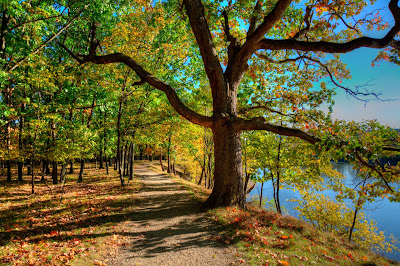 Posted by David Truland at 1:22 PM No comments:

Fall color is certainly taking its time arriving in New York's Capital District. It could be one of those years where you get a quick cold snap after a lot of warm weather and the leaves are gone without a period of good color.

The 45mm lens means I'm not going to be getting wildlife photos. I walked clockwise around the perimeter trail, taking the fire road back to the entrance area. 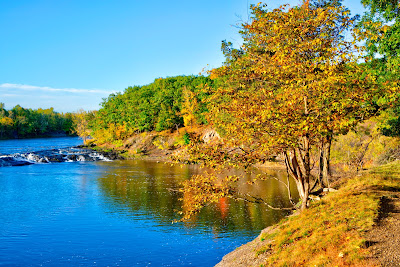 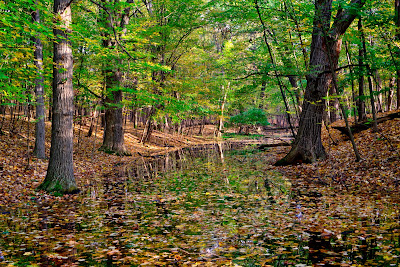 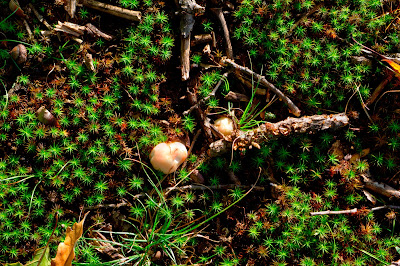 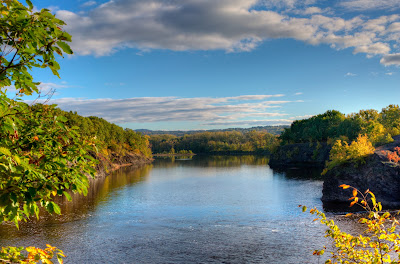 Posted by David Truland at 11:49 AM No comments:

I'm beginning a new personal project for the next 12 months. I'm going to use my 5D Mark III and the Tamron 45mm lens, foregoing my other lenses, as much as possible. Obviously, if I'm going to be shooting sports or wildlife, or exceptional scenics needing a wider lens, I'll use appropriate equipment.

A previous attempt pairing the 5D Mark III with the 40mm f/2.8 pancake lens was an abject failure. Hopefully the added features of this lens will make the effort more fruitful.

I've mentioned this lens, which I acquired at the beginning of September, in a prior post. It's fast (f/1.8), image stabilized and built like a tank. The 45mm focal length is a good choice for general purpose photography as it's what the human eye sees.

Images can be viewed at https://trulandphoto.zenfolio.com/5D45.

I'll stick 5D45 in post titles and there will be a 5D45 label as well. Here are some shots from today. 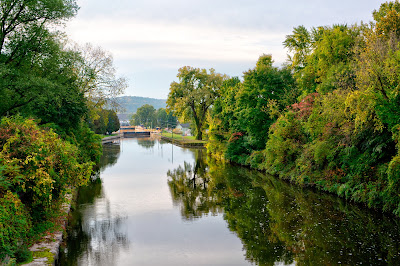 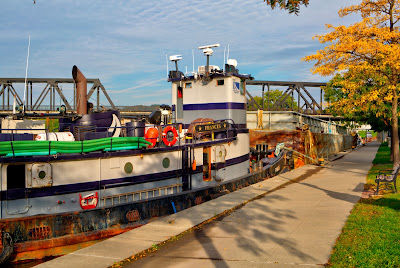 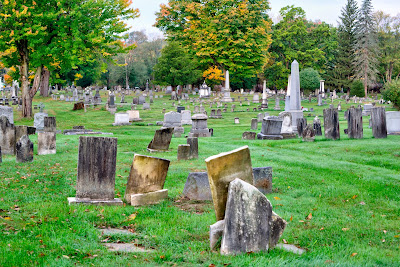 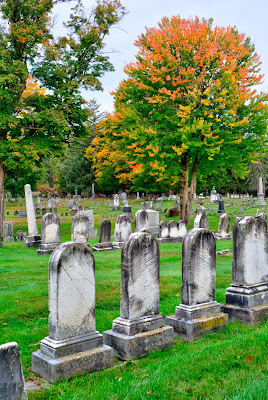 Posted by David Truland at 2:15 PM No comments:

The Past Ten Days

I haven't posted in a while so this is a combination of what I've been shooting over the past ten days. I'll start with a couple of shots from Burlington, New Jersey which sits on the shore of the Delaware River across from Philadelphia.


Next was a walk around Vischer Ferry Nature and Historic Preserve in Clifton Park, NY. 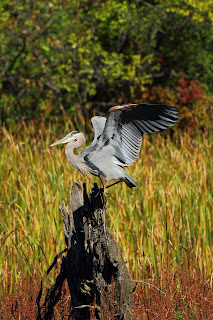 And finally, a sunset scenic of the Hudson River at the mouth of the fourth branch of the Mohawk River.


Posted by David Truland at 6:36 AM No comments:

Email ThisBlogThis!Share to TwitterShare to FacebookShare to Pinterest
Labels: Scenic, Wildlife
Newer Posts Older Posts Home
Subscribe to: Posts (Atom)
To view larger images simply click on the image then click on it again. You can then simply use the back button or swipe to go back to the blog.