I did my local high school musical Pro Bono shooting this week. Last Spring it was a production of Grease, and you can view my blog entry about that experience here. This Fall the school is doing a production of You Gotta Charleston which is kind of a jukebox musical from the 1920's.

While this was a "dress rehearsal" so that I could walk up and down the aisles and in between rows of seats, parents were still working on uncompleted sets and instead of the performance microphones singers were using hand held microphones.

Like last time I used the EOS 5D Mark II and 70-200mm f/2.8 lens for the performance shots although I now have the IS II version of the lens and went without monopod for mobility purposes although my left arm was sore after a bit. This setup weighs about six pounds.

Also like last time I used the EOS 7D for head shots although instead of the 50mm f/1.4 lens I used my 24-70mm f/2.8 lens zoomed out to 70mm. My 430EXII speedlite was bounced off of a Rogue FlashBender above and to the right of the subject while the on camera flash of the 7D provided fill from the left.

All shots are wide open at f/2.8 to get the background of the head shots out of focus and to get adequate shutter speeds for the performance shots. Head shots were made at ISO 400 and the performance shots at ISO 1600. Here a few examples and you can view my shots of this event on my Zenfolio site here. 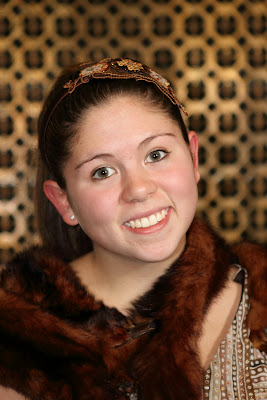 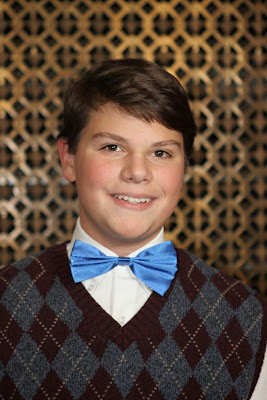 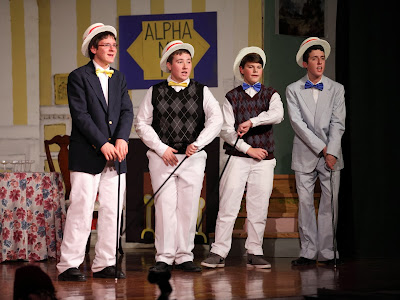 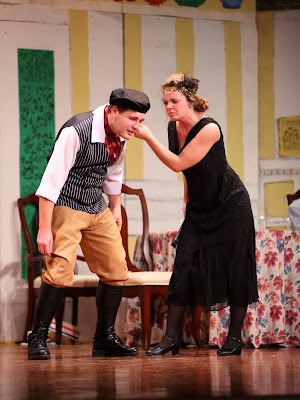 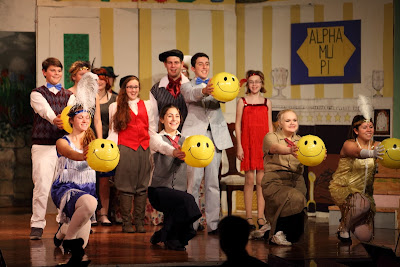 Posted by David Truland at 1:11 PM No comments:

The Fall foliage season is pretty much over in upstate New York but certain trees hang on longer than others. I don't know the name of the variety, but there is a maple with leaves that turn yellow but not orange or red and much later than other maple trees are bare.

Where several of these trees are bunched together, they can provide a last burst of color in the later Fall. The shots below were made on November 11th, long ofter most other maple trees had lost their leaves, on the old Champlain Canal, North of the Village of Waterford, New York.

I particularly liked the strip of sky reflected in the water that follows the curve of the old tow path along the canal. I was carrying my EOS 5D Mark II with the EF 24-70mm f/2.8L USM lens.

These first two images are the normally exposed single files with the shadows lifted in Canon's Digital Photo Professional (DPP) as much as possible. 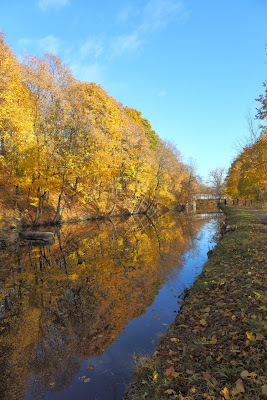 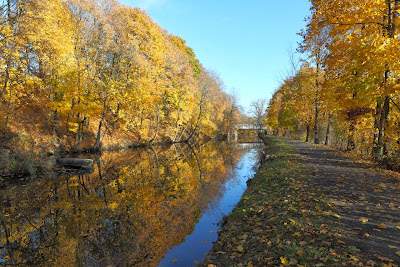 The next two images are three file images processed with DPP's High Dynamic Range tool. The files are bracketed +/-1 EV and the normally exposed file is the same RAW file which was processed for the images above. While the colors are more saturated and the shadow areas are brightened, the overall look is still mostly natural. 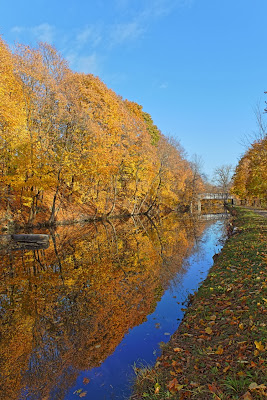 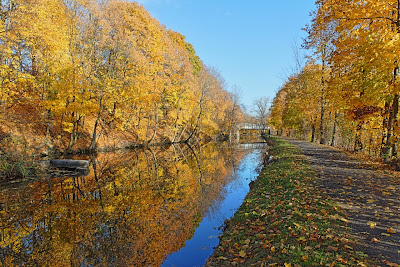 The last two images were made with the same RAW files as the two images above but processed with PhotoMatix Essentials, resulting in a less natural look. 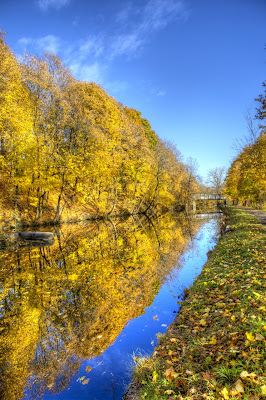 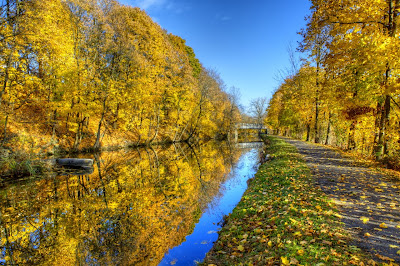 Posted by David Truland at 6:39 AM No comments:

As I mentioned in the previous blog post, I wanted to go back and shoot some of the same close up subjects using a different setup, namely the EOS 7D and EF-S 60mm f/2.8 Macro USM lens. I got a chance to do this yesterday morning.

The combination of the EOS 5D Mark II with battery grip, EF 70-200 f/2.8L IS II USM lens and 77mm diameter 500D closeup lens which I used on election day weighs about 6.25 pounds. The EOS 7D without battery grip and EF-S 60mm f/2.8 Macro USM lens I carried yesterday only weighs about 2.5 pounds. I handheld the camera, as I did on election day, and the lighter weight helped make up for the lack of image stabilization as it's easier to hold a lighter camera steady.

The 60mm lens creates a field of view equivalent to that of a 96mm lens on a full frame camera. The working distance is less than that of the 70-200mm zoom with the closeup filter but for static subjects that isn't really a problem. Here are some of the results:


One advantage of the macro lens versus the closeup filter method is that you are ready to focus from macro to infinity without having to take anything on and off of the lens.


Posted by David Truland at 8:28 AM No comments:

I currently have two effective ways to get closeup to nature subjects. The first method is the EF-S 60mm f/2.8 Macro USM lens attached to my EOS 7D body. This combination has the field of view of a 96mm lens on a full frame camera but a very short working distance.

The second method is Canon's 500D closeup lens attached to the front of my EF-70-200mm f/2.8L IS II USM lens. While I can use this with either the 7D or my 5D Mark II, I would normally choose the 5DII, as I did this morning for a hike around Peebles Island.

Serious closeup photography calls for tripods and remote releases but that's not conducive to exercise so I just carried the above referenced setup around, relying on image stabilization to hopefully capture some sharp images.

Here are some of the results and I'll share some thoughts following the images. All images were made with the EOS 5D Mark II and EF-70-200mm f/2.8L IS II USM lens with 500D closeup lens attached.


As is very evident from the photo of the American Bittersweet the depth of field, even at f/8, with this combination is extremely narrow. In addition, as the last photo shows, the edges of the frame can be out of focus with a flat object.

The 60mm macro lens may well be a better option for certain closeups although it doesn't have the advantages of zooming and image stabilization. I think I'll repeat today's exercise with the other setup to hopefully make a comparison.

Posted by David Truland at 12:24 PM No comments:

Email ThisBlogThis!Share to TwitterShare to FacebookShare to Pinterest
Labels: Closeup/Still Life, Daily Walk, Gear, Peebles Island
Newer Posts Older Posts Home
Subscribe to: Posts (Atom)
To view larger images simply click on the image then click on it again. You can then simply use the back button or swipe to go back to the blog.