I came close to filling a 32 gigabyte CF card last evening shooting the dress rehearsal of a school production of Shrek. On Monday, I got most of the head shots but the lighting for the production itself was not yet ready.

So last evening I returned to shoot the dress rehearsal and ended up with 1,056 files taking up over 26 gigabytes of space. It took an hour to load the files from the CF card to my MacBook Pro via a USB card reader. I have yet to upload the 150 JPGs I'll be putting in a Zenfolio Gallery. Once they're uploaded you can view them here.

For the head shots I used an EOS 7D with a Canon EF-S 60mm f/2.8 Macro lens. I mounted a Canon 430EXII Speedlite to a light tripod off to the right of the camera and bounced the light off of a Rogue Flashbender. I used the built in flash of the 7D to control the Speedlite and provide fill flash from the slight left of the lens.

For the production shots I used the same camera body with the Sigma 50-150mm f/2.8 lens. At ISO 1600, shutter speeds ranged from 1/15 to 1/1000 of a second depending the lighting of the scene. Some scenes were simply too dark to get a useable image with moving subjects.

Here are a few examples: 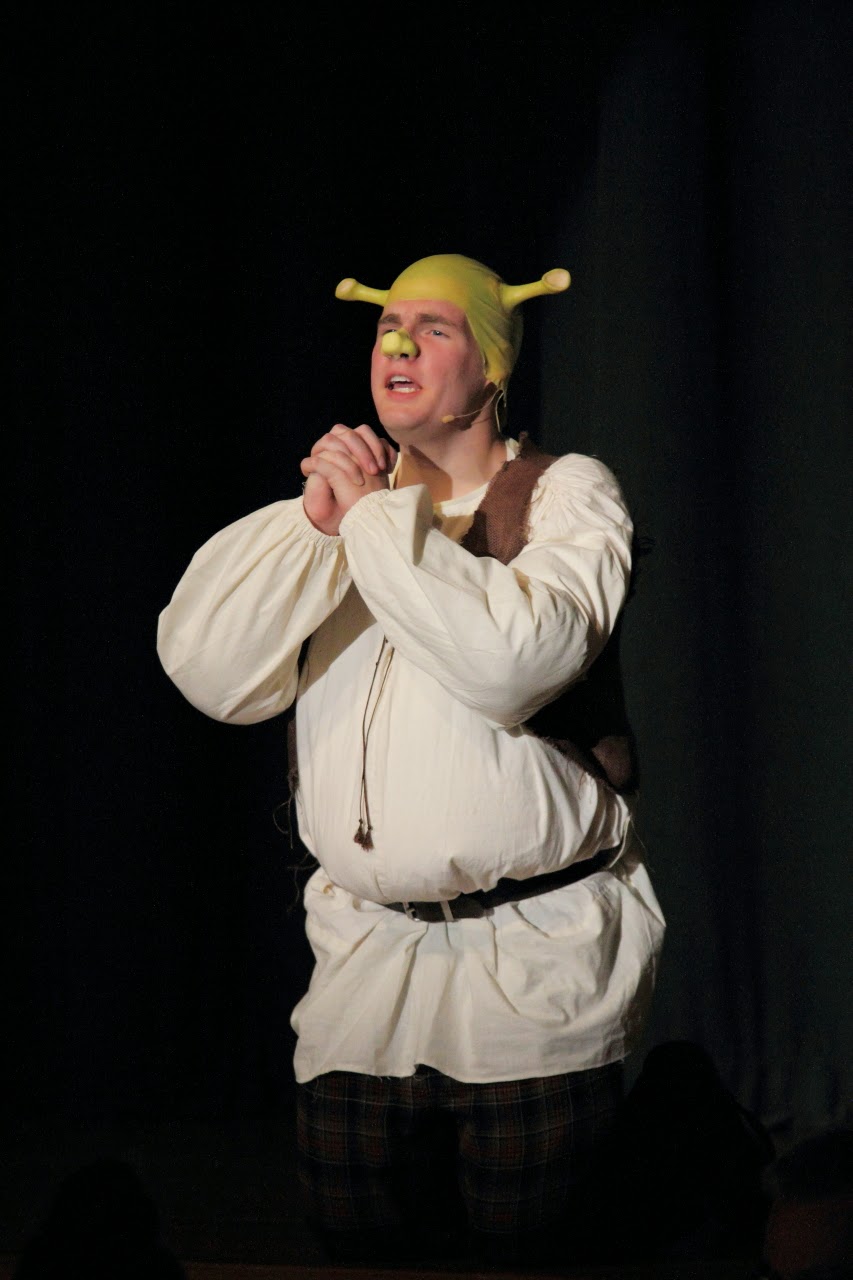 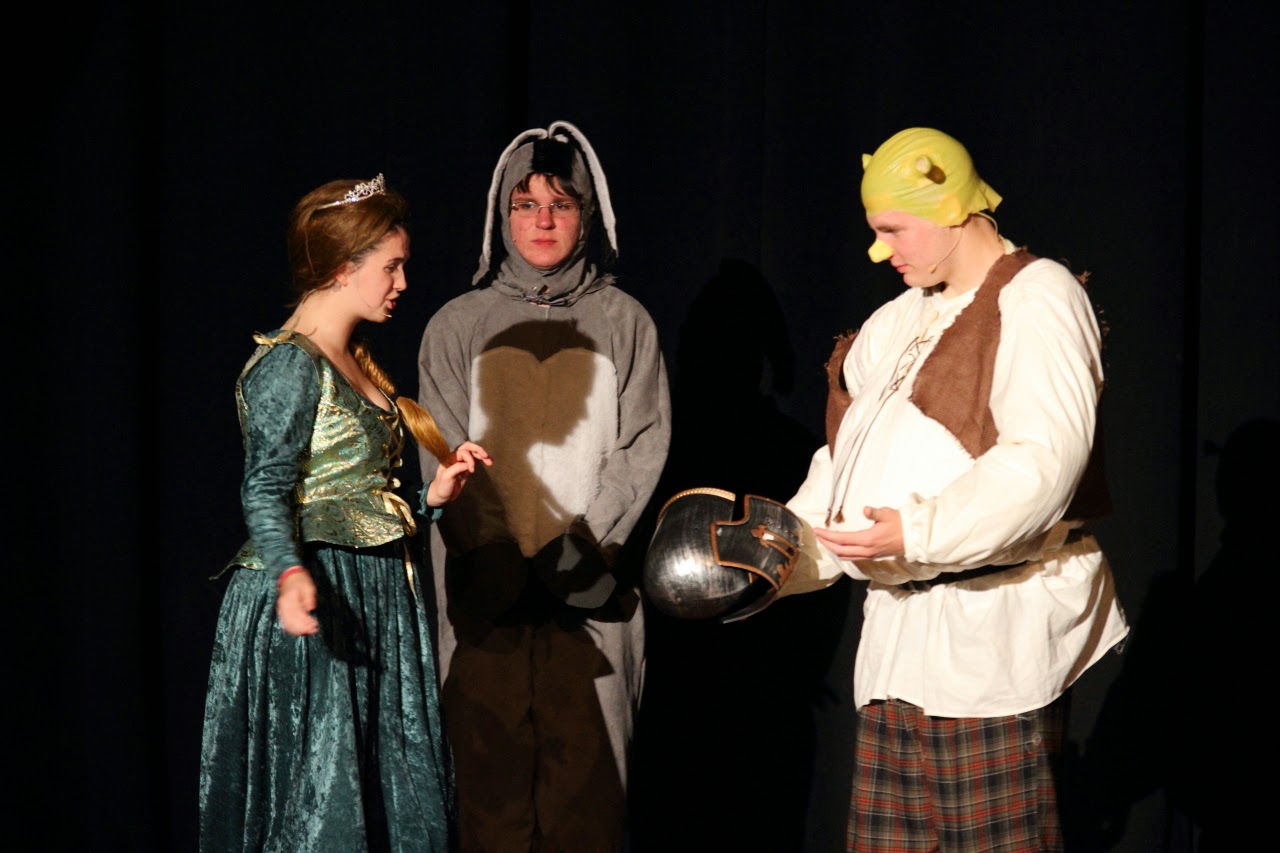 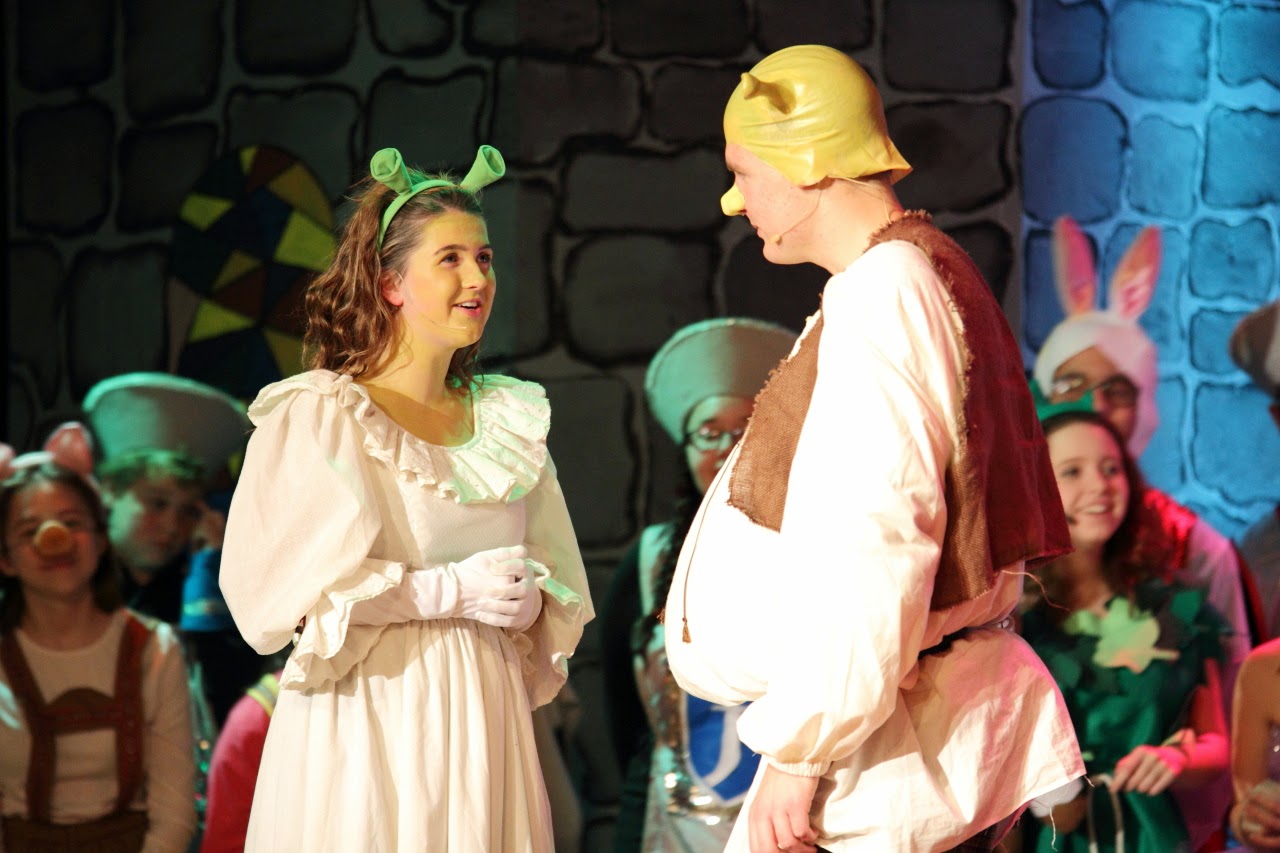 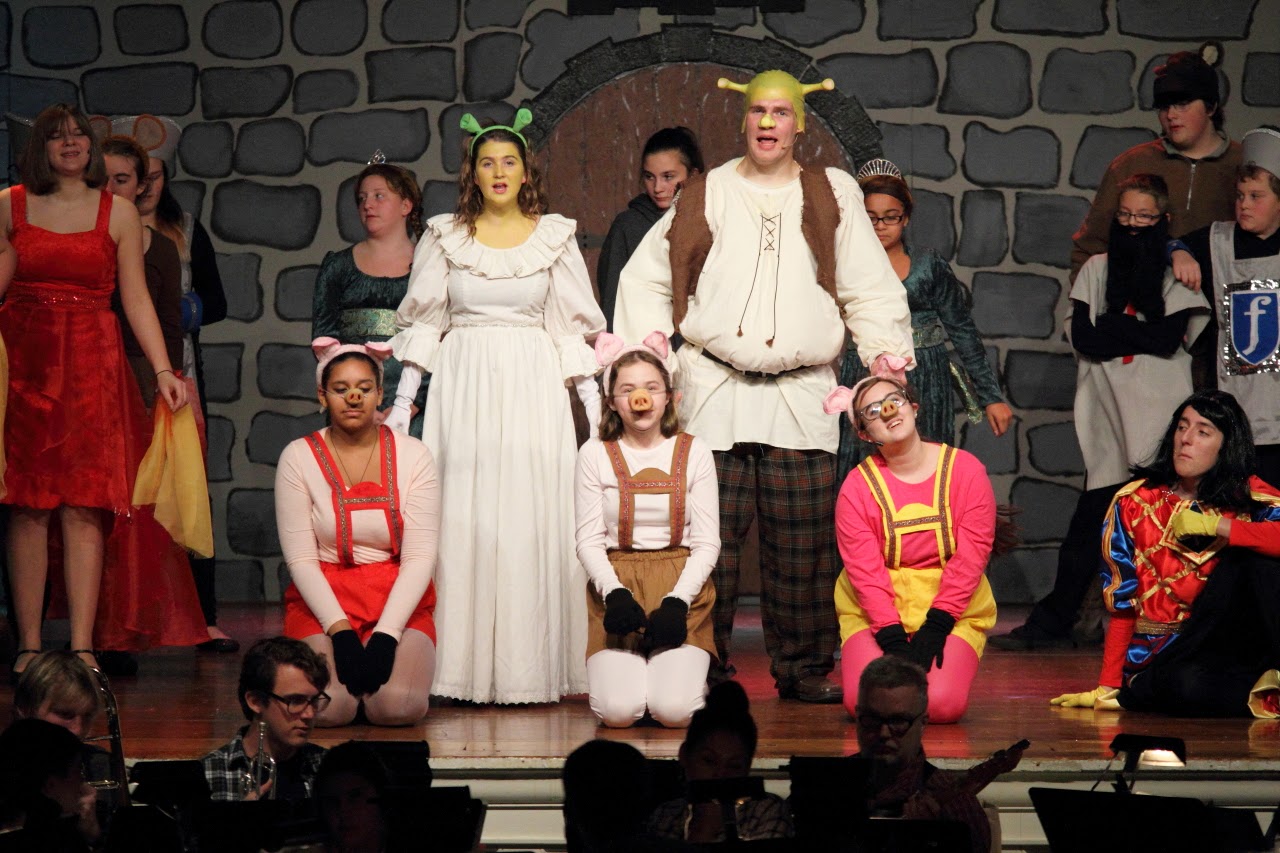 And here is an embedded slide show of the gallery which the school district is putting on their web site:

Posted by David Truland at 8:19 AM No comments:

An Eastern Gray Squirrel has figured out what to do with a pumpkin left over from Halloween decorations. On a very overcast day I watched it carve out the insides to get at the seeds. 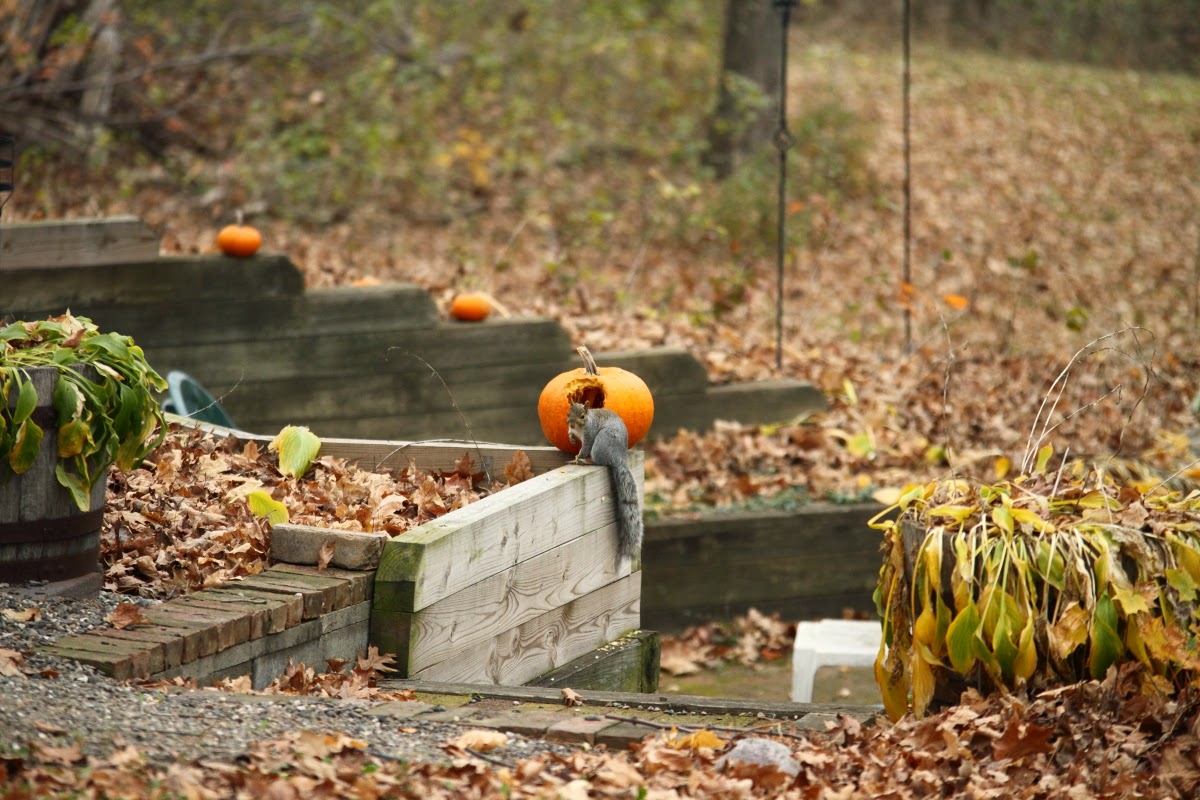 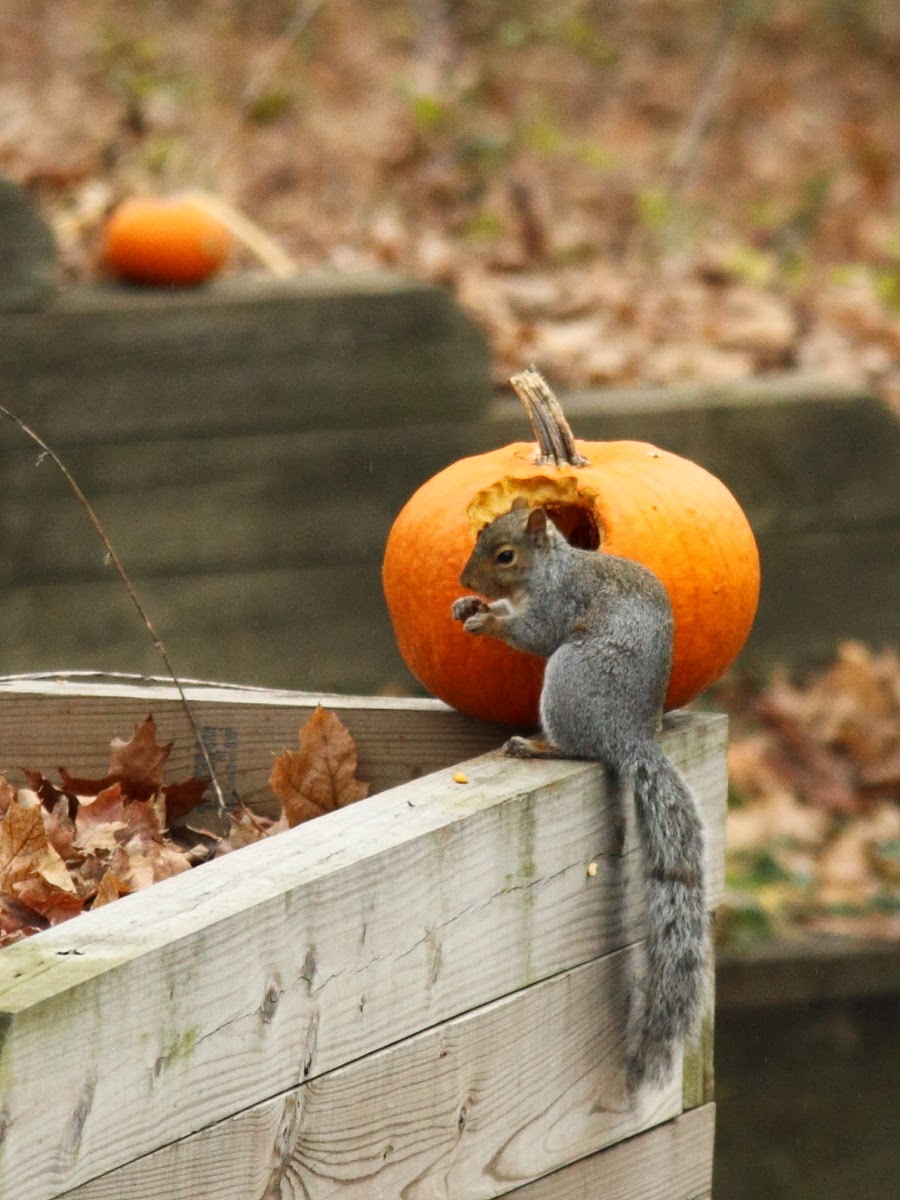 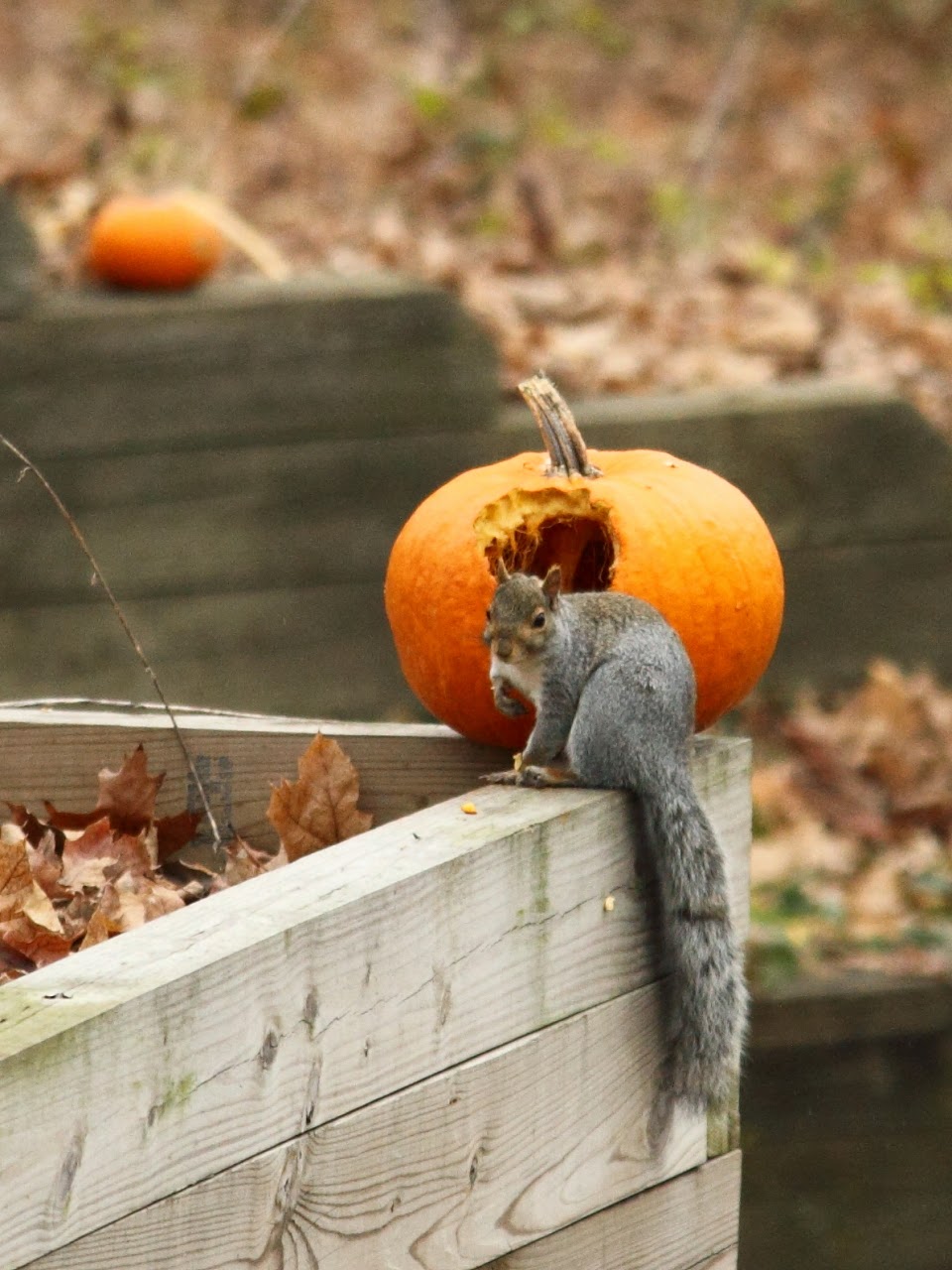 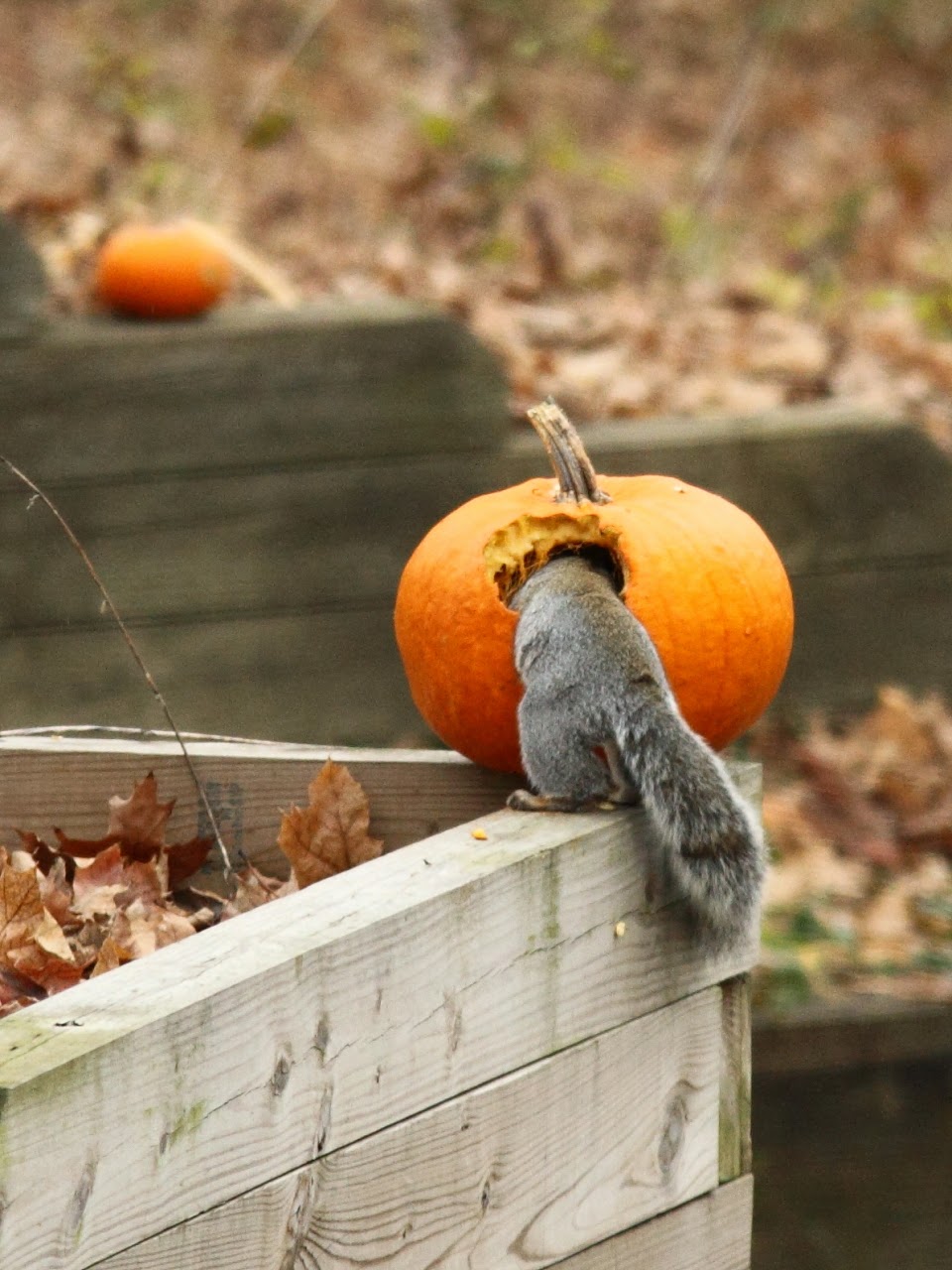 Posted by David Truland at 1:09 PM No comments:

Email ThisBlogThis!Share to TwitterShare to FacebookShare to Pinterest
Labels: Wildlife
Newer Posts Older Posts Home
Subscribe to: Posts (Atom)
To view larger images simply click on the image then click on it again. You can then simply use the back button or swipe to go back to the blog.