The fog held off this morning to enable some nice pre-sunrise lighting along the Maine Coast. By the time the sun cleared the fog and clods, however, it was high and bright so that it would have impossible to include any foreground features in the shot.

As I was walking along the Marginal Way the past couple of days, I picked out a spot where there were rocks out into the water far enough so that a long lens could be used to bring the horizon closer and still have a feature in the foreground.

All of these images were made from the exact same tripod location between 30 and 35 minutes prior to sunrise.


Posted by David Truland at 9:15 AM No comments:

Here are a few more low light shots from last evening of scenes in "downtown" Ogunquit, Maine. As before, equipment if the EOS 5D Mark II with EF 40mm f/2.8 pancake lens wide open at ISO 100. 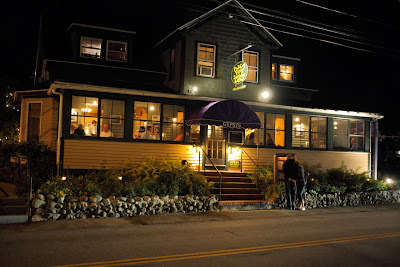 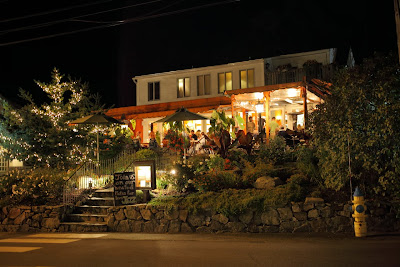 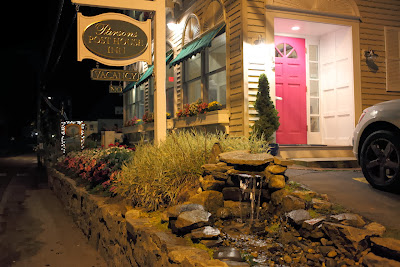 Posted by David Truland at 7:31 AM No comments:

Sometimes you can get more interesting compositions by using a telephoto lens for landscape type photos. It's easier to isolate subjects from a less than desirable background and it also allows incorporating distant subjects which would not be noticeable with a shorter lens.

This afternoon I walked a round trip on the Marginal Way from Ogunquit to Perkins Cove and back. I carried my EOS 7D and EF 70-200mm f/2.8L IS II lens. Because the 7D is a 1.6X crop sensor camera, this combination has the field of view of a 112-320mm lens on a full frame body, far longer than the 24-70mm lens I was using for the sunrise yesterday on the full frame 5D Mark II.

First, here are two scenics with sailboats with the rocky shore in the foreground. The first is at 190mm simply because I must have turned the zoom ring a bit without realizing it. The second is at 145mm because I wanted to get both sailboats in the frame.

You can see the remains of the fog bank from this morning far off on the horizon.

And I continue in my attempts to force myself to photograph people.


Another benefit of lugging around the telephoto zoom is it's close focusing capabilities. Here is a cultivated flower of some kind in the gardens of the resort I'm staying at which is located at the Northern end of the Marginal Way.


Posted by David Truland at 4:50 PM No comments:

Calm winds combined with moist air and 37 degree temperatures combined to form dense fog along the coast of Maine this morning. Even now, after 9:00 AM, there's only the hint that the sun is up there somewhere.

Here is the view toward Ogunquit Beach and the Norseman this morning 2 1/2 hours after sunrise: 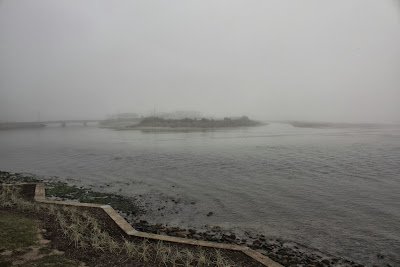 And here is the same view from Friday afternoon: 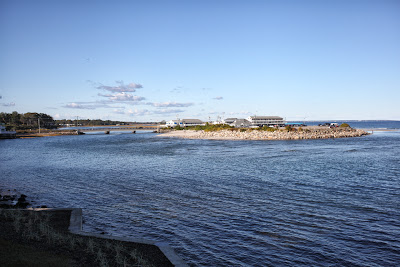 Posted by David Truland at 9:21 AM No comments:

The main reason I'm posting this is I've never done three blog posts in a single day before. Walking back from tonight's dinner, carrying my 5D mark II with the 40mm pancake lans, I noticed several picturesque scenes so I decided to play.

I set the lens wide open at f/2.8 and used ISO 1600. Shutter speeds ranged from 1/10 to 1/30 of a second. When processing the RAW files in Canon's DPP software, I reduced highlights a bit and increased shadows a bit. 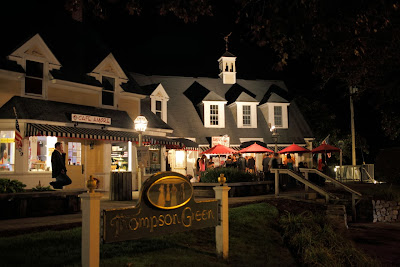 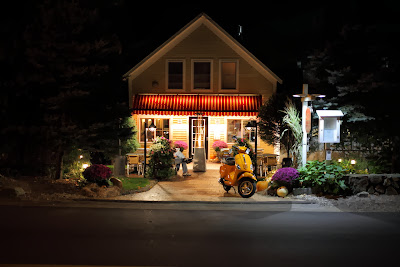 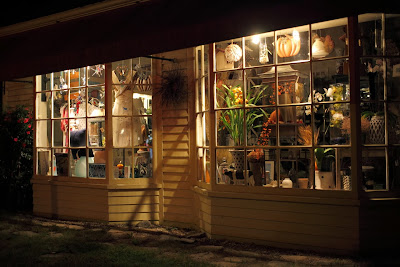 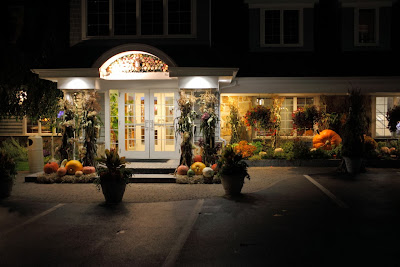 Posted by David Truland at 8:21 PM No comments:

No fancy processing here. Just single images using the EOS 5D Mark II and EF 70-200mm f/2.8L IS II USM lens. Eventually, the sun got high enough so that there wasn't much texture in the lighting. 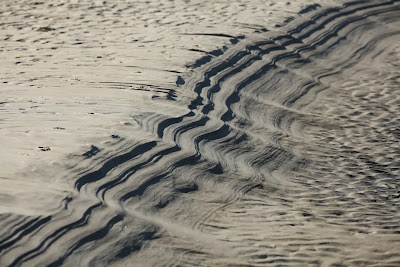 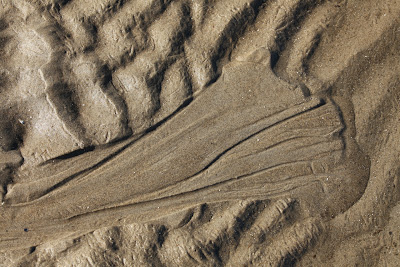 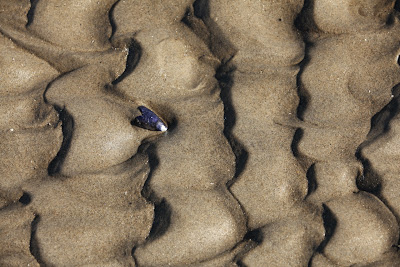 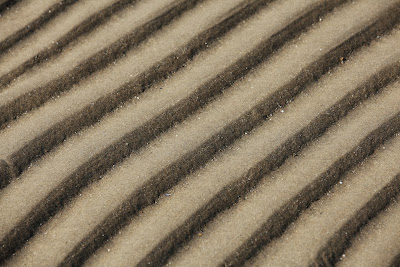 Posted by David Truland at 2:37 PM No comments:

Here are a couple of shots from this morning's sunrise. These are "rough draft" HDR images after a cursory run of three bracketed files through Photomatix Essentials.

All of my shots this morning were on a tripod with a cable release. And yes, that's correct, the normally exposed file for the first image was a 6 second exposure. This was about a half hour before sunrise.


And although people aren't my favorite subjects, I'm trying to incorporate more "street" type photography in my work. I call this one "Phoning the Sunrise".

I arrived on the coast of Maine late this afternoon and after settling in at the hotel set out for dinner at at a restaurant on Wells Harbor. This location can be quite nice at sunset and I always bring a camera along, in this case, the EOS 5D Mark II and EF 40mm f.2.8 STM pancake lens.

All three photos were handheld and the last image is a three file +/- 1 1/2 EV HDR and, as usual, the exposure information is for the normally exposed image.

An interesting note for tomorrow's planned photography is that sunrise and high tide both occur at exactly 6:36 AM at my location. Temperatures will be in the 40's.

Posted by David Truland at 9:05 PM No comments:

Jut a quick post today as i prepare for a long weekend on the coast of Maine coming up. I will probably post daily blog entries while I'm there. The weather forecast is for sunny, if somewhat cool days.

Today, I'm posting some shots of Tank, a Rottweiler I co-adopted last week from Karma K-9 Rescue in Albany, New York. I've started a gallery on the Zenfolio site where I will add shots of Tank as he enjoys his new home.

I've considered renaming him Razvan Rott after my club, West Ham United's, Romanian defender Razvan Rat but no one else seems to think that's a good idea.

Posted by David Truland at 11:36 AM No comments:

Lately, I've been carrying my 60D with two lenses, the EF-S 18-55mm f/3.5-5.6 IS STM and EF-S 60mm f/2.8 Macro USM, in a small Think Tank Photo shoulder bag when I walk. Yesterday, I again headed up the tow path trail along the old Champlain Canal North of Waterford.

You can start to see signs of Fall in the plant life along the trail, particularly the berries, which are reaching their mature hues. Still to come are the turning to seed of the cattails and milkweed and, of course, the tree foliage.

These are not great photographs but I needed something for a blog post this week. All of these shots were made handheld with the 60D and the 60mm macro lens.


Posted by David Truland at 6:08 AM No comments:

One of my favorite Waterford events each year is the Tugboat Roundup held the weekend after labor day. Like the Steamboat Meet which is held over July 4th weekend, the Roundup attracts boats from all over the Northeast.

This year, I set up early on Peebles Island Friday evening to photograph the boats as they paraded up the Hudson and into Waterford Harbor, which is actually a mouth of the Mohawk River. I used my EOS 5D Mark II and EF 70-200mm f/2.8L IS II USM lens. I used the same setup, bringing along the 40mm pancake lens the next morning for shots of the boats at dock.

A gallery of images is located at http://trulandphoto.zenfolio.com/tugboat2013

One small tugboat, the Iron Chief (actually a steamboat although I've never seen it at the Steamboat Meet), was particularly image worthy, as was it's captain. All these shots were made from the bridge between Waterford and Peebles Island.

Posted by David Truland at 6:47 AM No comments:

Canon has recently been updating some of their inexpensive EF-S lenses with versions utilizing stepping motors (STM). While the change to this type of autofocus motor is primarily designed to facilitate smooth and quiet focusing while making videos, the full time manual and non extending focusing these newer lenses offer is of equal advantage for shooting still images. In addition, the new STM versions of the inexpensive lenses generally offer more aperture blades, closer focusing and more, better designed glass elements.

As I continue to try to optimize my various bags and storage options, I have pretty much settled on one kit with my EF lenses and 7D and 5DII bodies and a separate, smaller kit with EF-S lenses and a 60D body. Previously, I had included my EF 17-40 f/4L lens with the 60D but that lens is too valuable a landscape lens on a full frame body to exclude from the setup with the 5DII. As the 17-40mm lens gives the field of view of a 27-64mm lens on the 60D (or 7D), I decided to replace it in the 60D kit with the new STM version of the EF-S 18-55mm kit lens, which gives a field of view of a 29-88mm lens on the 60D.

A very inexpensive way to buy these "kit lenses" sold by Canon packaged with camera bodies is to look for "white box" sales of the lenses. This is where a retailer breaks up the kit and sells the camera and lens(es) separately, the name coming from the fact that the camera body stays with the original Canon box and the lens is sold in a plain white box. The 18-55mm STM, for instance, which retails for $250 alone, can be purchased new for $145 as a separated "white box" lens.

I had already replaced the EF 50mm f/1.4 lens in the 60D bag with the EF-S 60mm f/2.8 macro lens, an even exchange in terms of both image quality and value. My plan is to finalize this kit with the new STM version of the EF-S 55-250mm f/4-5.6 IS STM when that lens is available later this month.

Here are a few examples from the new lens. All are single file images (not HDR) the second image is a 100% crop of the center of the first image to show the decent sharpness and contrast this lens is capable of. 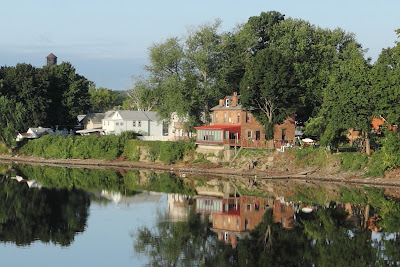 Posted by David Truland at 7:09 AM No comments:

Email ThisBlogThis!Share to TwitterShare to FacebookShare to Pinterest
Labels: Daily Walk, Gear, Misc., Scenic
Newer Posts Older Posts Home
Subscribe to: Posts (Atom)
To view larger images simply click on the image then click on it again. You can then simply use the back button or swipe to go back to the blog.