This final post of the year features some shots from the family's Tuesday day trip to New York City to see the awesome musical "Allegiance" featuring George Takei, Lea Salonga, Telly Leung and others. It's an amazing show and probably my favorite Broadway experience.

But you can't visit The City without taking in the usual sites, especially at holiday time. I brought my 5D Mark III and EF 40mm f/2.8 pancake lens in a small ThinkTANK Photo Mirrorless Mover bag. None of these are great photographs but it was a fun time.

See you next year.

Posted by David Truland at 11:33 AM No comments:

Email ThisBlogThis!Share to TwitterShare to FacebookShare to Pinterest
Labels: Nighttime

It was 72 degrees yesterday and close to 60 degrees today. Not much chance of shooting ice, snow, etc. This shot of the Christmas Eve moon is about as close as it gets.

This version of the image was processed as a single file HDR in Canon's DPP software. It was made with my EOS 5D Mark III and EF 24-70mm f/2.8L USM lens. Details are in the photo caption.

An alternate version processed normally to de-emphasize the background is also nice but I like the sky better in the HDR version. 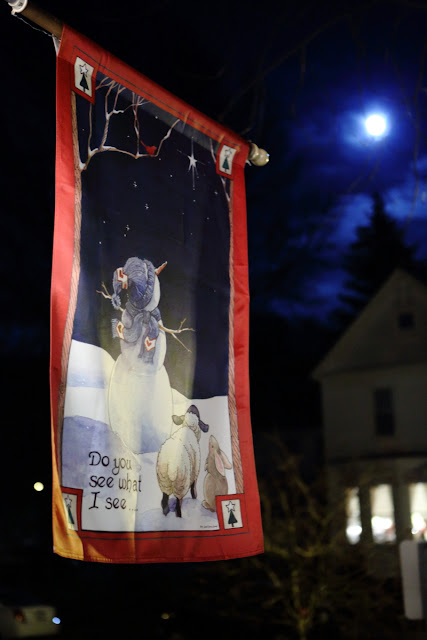 Posted by David Truland at 5:05 PM No comments:

I took a walk this morning along the old Champlain Canal north of Waterford, one of my new favorites. I brought my 5D Mark III and my EF 28-105mm f/3.5-4.5 lens which I hadn't used in a while.

The image quality of this lens is not stellar and it's a bit on the slow side, light wise. But it's small and compact and sometimes the 24-70mm L lens is a bit limiting on the long end. It hasn't been really cold, and there's no snow so there are some interesting scenes involving weeds, shrubs, etc.

Here a few. I also shot the Capital Area Flute Club performing at Crossgates Mall this afternoon. That will be another blog post. 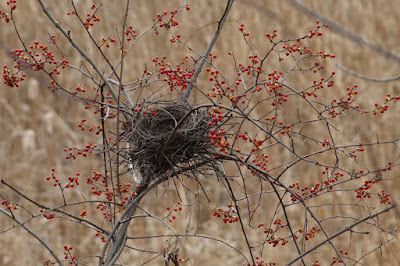 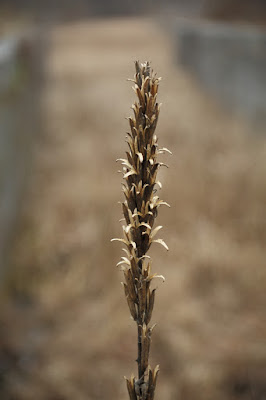 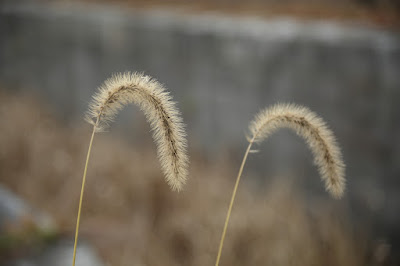 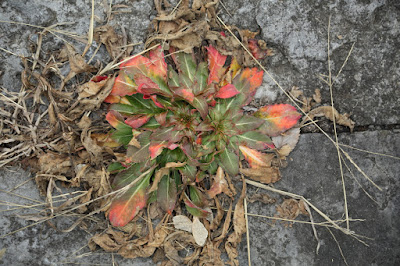 Posted by David Truland at 3:13 PM No comments:

This is more a nature post than a photography post, but it does include photographs. One of my walks is up along the old Champlain Canal trail North of Waterford, NY. It's about a four and a half mile round trip from my residence and I try to make it once a week.

About a half mile North of Division Street, where the trail heads North, in Waterford a Beaver has decided to build a lodge along the side of the trail, built into the bank of the canal. Now, I've never seen the Beaver but the circumstantial evidence is overwhelming. Gnawed off trees, trails where branches have been dragged and, of course, the lodge itself.

The first time I noticed the lodge was this Spring. I can't say if it was there before or not. I seldom walked this route prior to this year. This shot is from May 9, 2015: 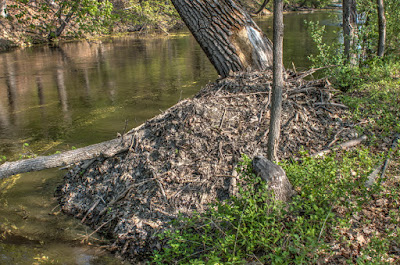 The next two shots are from December 12, 2015. You can see the progress the beaver has made building up the lodge over the Summer and Fall. 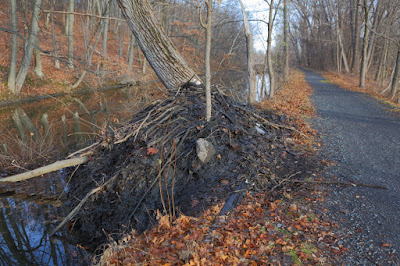 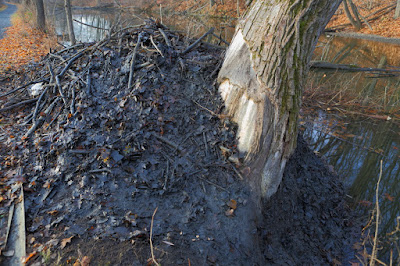 It will be interesting to see what happens if this portion of the canal is drained this year, as it usually is. I'll try to keep heading up that way, snow cover allowing, of course. So far so good.
Posted by David Truland at 12:38 PM No comments:

The Soldiers and Sailors Park in Waterford, New York is nicely lit up for the season. I walked over there this evening to get some shots of the lights. A couple of these will probably end up in the 15 with the 50 project as all were made with the 5DIII and 50mm STM.

ISO was 3200 and aperture was f/4. Shutter speeds ranged from 1/10 second to 1/90 second. The last image is of a private residence a block away from the park. 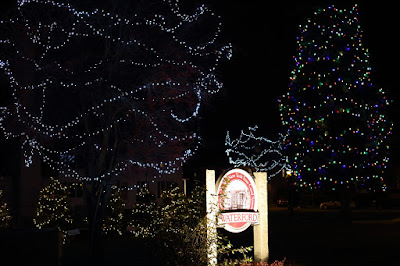 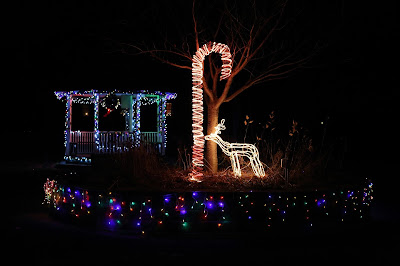 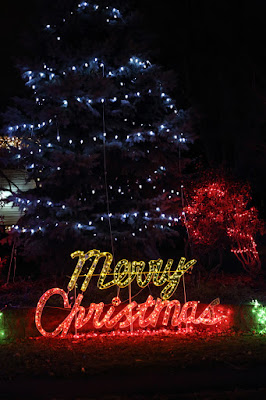 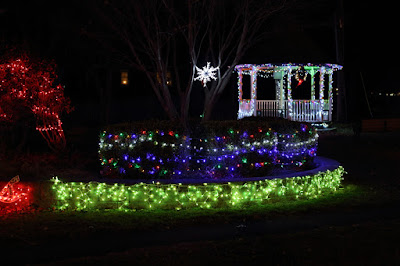 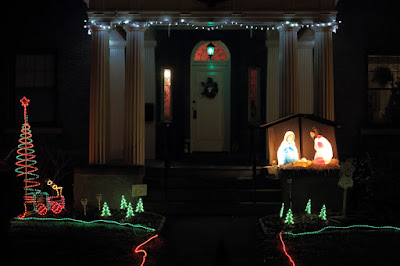 Posted by David Truland at 7:30 PM No comments:

I've been avoiding processing and posting HDR images as a part of the 15 with the 50 project. But that doesn't mean that I've not been bracketing just in case.

This morning, for instance, I was out on a very foggy morning with the 15 with the 50 setup and bracketed five files +/- 1 EV. The conditions were so unique I wished I had my 24-70mm L zoom but all I had was the 50mm.

So at least I had my HDR fix. The first shot is the single image from the project followed by four HDR processed shots. The final image was processed with the B&W Natural presets on Photomatix Essentials. 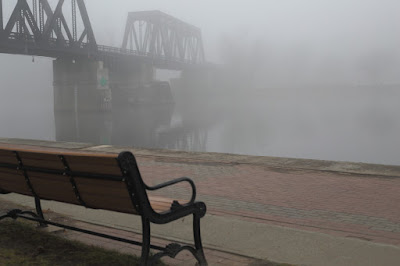 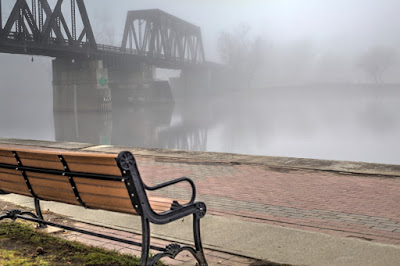 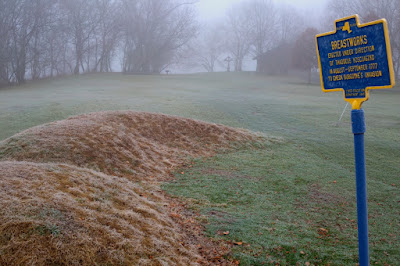 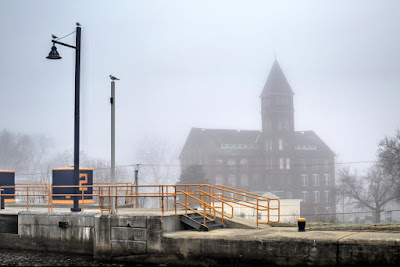 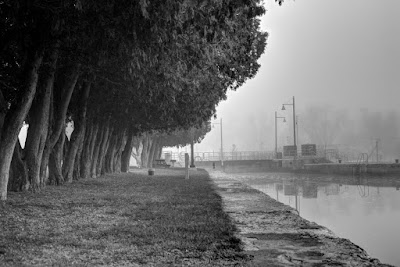 Posted by David Truland at 3:28 PM No comments:

You can visit the project page via a link under TrulandPhoto Resources on the right side menu. 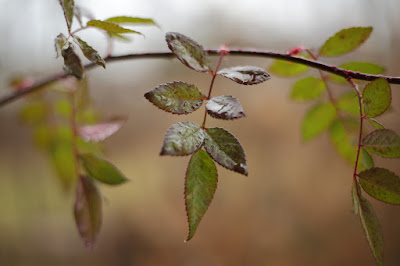 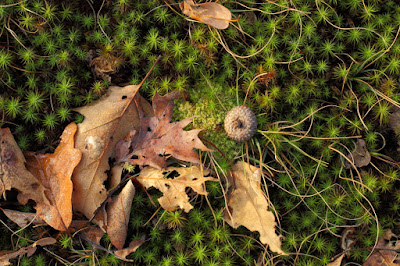 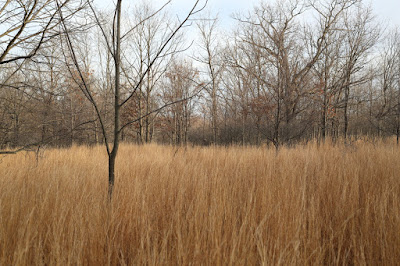 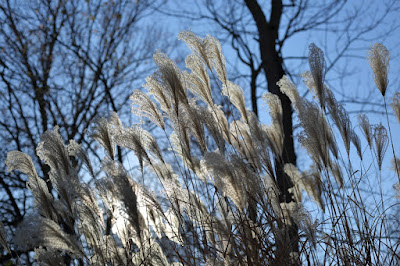 Posted by David Truland at 1:47 PM No comments:

Email ThisBlogThis!Share to TwitterShare to FacebookShare to Pinterest
Labels: 50mmSTM, Closeup/Still Life
Newer Posts Older Posts Home
Subscribe to: Posts (Atom)
To view larger images simply click on the image then click on it again. You can then simply use the back button or swipe to go back to the blog.