Holga cameras were designed and manufactured in China in the 1980s as a cheap camera for the masses. Made completely of plastic, it had many flaws including light leaks, vignetting and other lens aberrations. These flaws led to a distinct style and caused the camera to gain a kind of cult status. Some image processing software, including Instagram, include Holgaesque filters.

The original model used 120 roll film and had a 60mm fixed aperture lens. Later models used both 110 and 35mm film but kept a wide to normal lens.

You can read this and other information about Holga cameras and lenses on Wikipedia here. Here are images of the original camera and the current lens for Canon DSLRs. 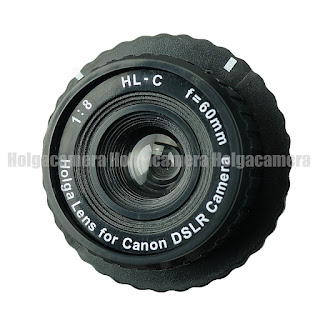 Here are some examples I made recently beginning with the familiar bridge scene. While an aperture of f/8 is claimed on the lens, the aperture appears to actually be much smaller. Some reviews estimate the aperture to be approximately f/22. By the way, the lens costs $23.99.

The only way to really use the lens is in live view mode where the LCD brightens the scene so you can magnify the view to manually focus the lens then return to normal view to compose. It's not a quick process. 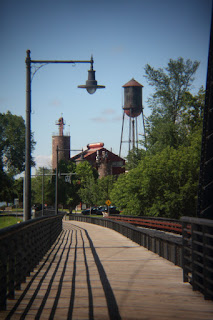 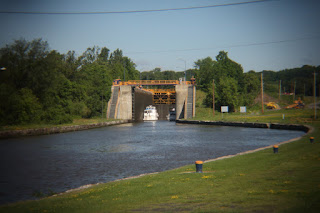 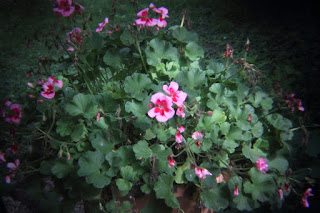 Posted by David Truland at 7:32 AM No comments:

I've been spending some time settling on a smaller kit to use for the majority of my photography over the Summer. I wanted a bag that can be carried comfortably but that also is flexible enough to be useful for a variety of situations.

I settled on a kit consisting of one APS-C body, four lenses, two filters, a small flash and a few accessories. My ThinkTank Photo Speed Racer shoulder bag fits everything with two pair of lenses stacked together with Op/tech double end caps.

The flash is my Canon Speedlite 270EXII which can operate as a slave flash for off camera use as well as a remote release for the camera's shutter. I'm including 77mm diameter circular polarizer and 3 stop neutral density filters with step up rings so they can be used with all the lenses.

An extra camera battery and wired remote release completes the bag which weighs in at exactly ten pounds. The following shots, looking from Lock E4 to Lock E5 on the Waterford flight of locks, show the extremes of the one zoom lens and the other three focal lengths. These are five file HDR images bracketed +/- 1 1/2 EV rather than my usual +/- 1 EV due to my needing new glasses.

Posted by David Truland at 11:17 AM No comments:

I wanted to do some improvement on a photo I posted to start off the entry the other day about using lines in composition. That photo, which I won't repost here but it's in the other entry and right below this post, was a vertical crop from the photo below.

There are a lot of things not to like about that image. Cropping it vertically fixed some of them but the object at the center, the old Cluett bleach plant on Peebles Island, is far too small and distant. A result, certainly, of the 10mm focal length used to capture the whole width of he bridge.

A few days later I was back at the location with my small EOS-M body and the kit EF-M 18-55mm f/3.5-5.6 IS STM lens. On the way back from walking around the island I was intentional about trying to capture what I had cropped but bringing the bleach plant closer.

By using the 55mm focal length and standing farther back on the bridge I was able to frame the same lamp post in the same manner and achieve what I was after. Here is the single image which was captured at f/5.6 and 1/1000 sec. at ISO 200 followed by a 100% crop of the bleach plant structure. 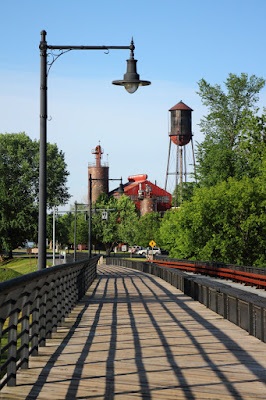 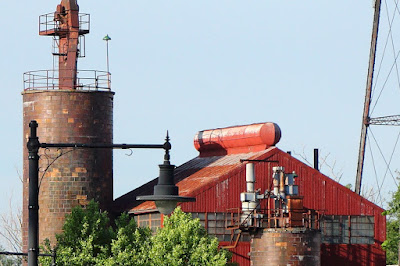 You can't expect a lot more from a camera and lens combination which you can get used on eBay for around $200.  Finally, here is an HDR composite of the same scene made from the image shown above and images 1 1/2 EV over and under exposed. While the HDR file does add some things it also doesn't improve immensely on the single normally exposed file. 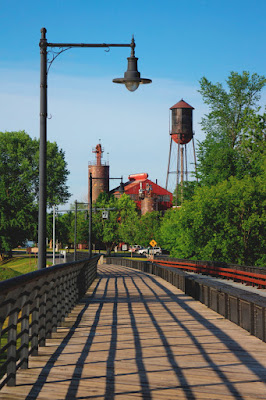 Posted by David Truland at 4:58 PM No comments:

I made this first photograph the other day while walking over to Peebles Island and decided to look back and post several other images using lines. 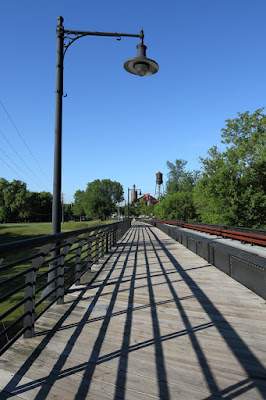 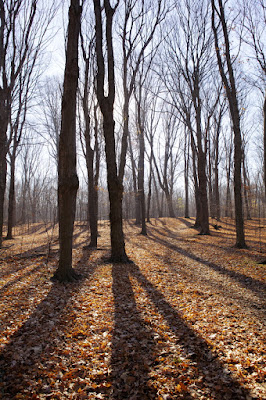 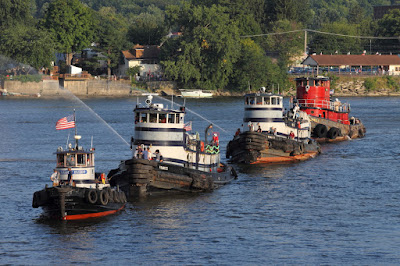 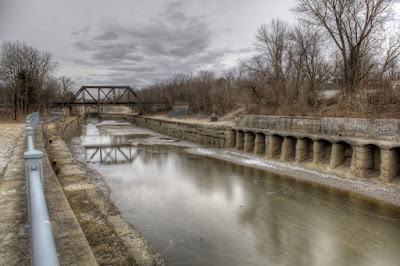 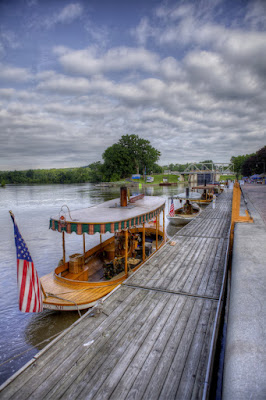 Posted by David Truland at 6:46 AM No comments:

Email ThisBlogThis!Share to TwitterShare to FacebookShare to Pinterest
Labels: Misc.
Newer Posts Older Posts Home
Subscribe to: Posts (Atom)
To view larger images simply click on the image then click on it again. You can then simply use the back button or swipe to go back to the blog.