When You're Out of Practice

Although I've been out shooting a bit more this winter than last, it hasn't been nearly enough so that things remain second nature. I was out a bit on Sunday in downtown Albany with a 5D and 50mm lens.

It was a clear, cold and crisp day and the architecture of the State Capitol was stunning. I made adjustments to the camera settings for the conditions - 100 ISO; one shot AF; center weighted average metering and, as usual, aperture priority AE.

I forgot, however, that I had previously set the aperture at f/2.8 which, although two stops down from wide open, was way more than needed for the bright sunlight conditions. As a result, the camera was choosing a shutter speed of 1/4000 second when 1/500 would have been more than fast enough. I could have used an aperture of f/8 which would have resulted in a sharper image both from greater depth of field and an aperture more in the lens's "sweet spot."

All you need to do is forget one thing and the image will be less than it could have been. You can notice that the upper parts of the building, where the focus point was, is sharper than the lower portions, which are much nearer the camera. An aperture of f/5.6 or f/8 would have rendered the whole building in sharp focus, with plenty of shutter speed to spare.

It's also easy to think of distance as a two dimensional formula as in "I can focus on the building and the building will be in focus" where in actuality, the top of even a 5 story building can be twice as far away from the camera as the street level.

Posted by David Truland at 8:32 AM No comments:

Email ThisBlogThis!Share to TwitterShare to FacebookShare to Pinterest
Labels: Scenic

I've been playing with one of my Christmas presents, a BirdCam 2.0. The company that makes the BirdCam describes it as follows:


The BirdCam 2.0 is weatherproof, motion-activated, and easy to use. And there are no tools, wiring, or software required! It's out of the box and ready to go in minutes. Point your BirdCam 2.0 at your bird feeder, bird bath or bird house - anywhere birds visit. You can leave it unattended and then marvel at the up-close images of your backyard wildlife.

The quality is not too bad for a small, probably plastic, lens. Here are some cropped still images which I darkened and sharpened a bit. 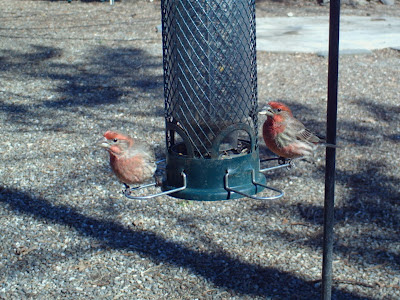 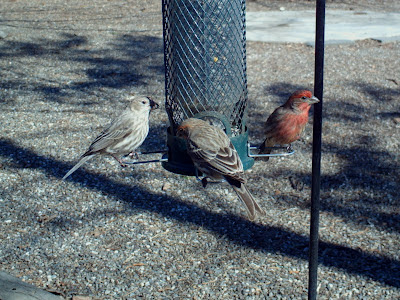 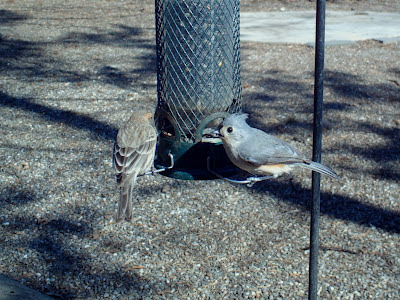 In addition to stills, the camera takes 10 second video clips. Here's a compilation I made of 7 clips. You'll see Black-capped Chickadees, assorted Finches, and a White-breasted Nuthatch. In the third still image above, is a Tufted Titmouse. I believe the bird on the left in the second still image is a Pine Siskin, probably female.

Notice, you don't see any snow. I'm not complaining, but since December 1, 2011, we've had 8.8 inches of snow. Last year by today's date we had received 59.4 inches of snow. What a difference a year makes.

Here is a video from the ACLU about the rights of photographers to photograph in public:

Posted by David Truland at 1:05 PM No comments:

Email ThisBlogThis!Share to TwitterShare to FacebookShare to Pinterest
Labels: Misc.
Newer Posts Older Posts Home
Subscribe to: Posts (Atom)
To view larger images simply click on the image then click on it again. You can then simply use the back button or swipe to go back to the blog.