It was a gorgeous, if a bit chilly, morning and I was able to enjoy my traditional Thanksgiving morning stroll around Peebles Island. I was ready for both wildlife and scenics as I started on the trails.

Not long after I started out, I see a deer bounding toward me past where I just came up the trail. I saw what I thought was another following it and thought - this is kind of strange. The deer on Peebles Island don't run much and when they do, its not at you.

As the second animal got closer to me I realized that it was a dog.  That explained the running deer. I ran back the trail a bit to intercept the dog and, when I shouted at it, it stopped and barked at me. So I decided to shoot the dog. But, all I had was a couple of cameras.


As I had that camera set for wildlife I have no idea why it was set at f/8. Something more open with a faster shutter speed would have been preferable. At least the dog posed patiently.

After a bit, the dog ran off and I headed over that way to perhaps mention to the owner that dogs are supposed to be leashed while on park grounds. I didn't run into the dog or the owner for about an hour and made some decent trail scenics with the 50D Mark II and 24-70mm lens. Again, all are three shot hand held HDR composites. Some are shown below.

I asked her if that was the dog that was loose earlier. She looked at me then said "He likes to take long runs in the woods [pause] and chase deer." I mentioned that being chased isn't really good for the deer to which she replied "It keeps them on their toes." I simply shook my head and moved on.

Here are some of the trail scenics: 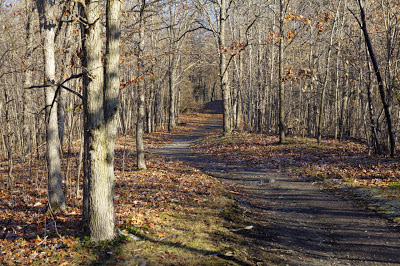 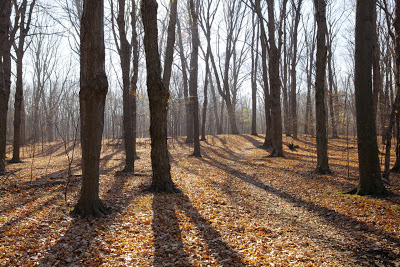 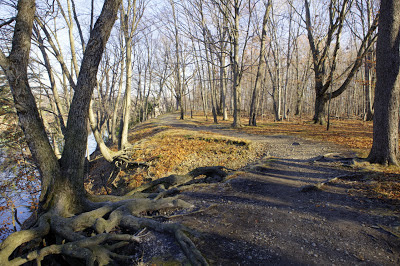 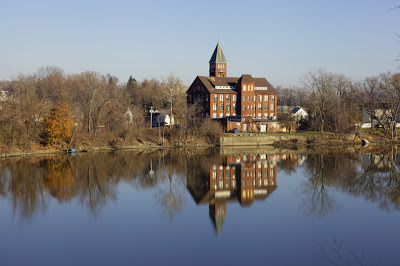 Posted by David Truland at 12:30 PM No comments:


You're supposed to use a tripod when bracketing images for high dynamic range (HDR) processing. I have always, well usually, followed this rule. This insures that the images line up properly and when over exposing by two stops, the shutter speeds can be a little long for hand holding.

A few weeks ago I was on Peebles Island making trail scenics and decided to bracket exposures by one stop just to have options for post processing the single images. Later, I decided to try HDR processing some of these three shot series despite the fact that I had been handholding during the bracketing. While some were too out of alignment, others worked well enough for combining the images.

Yesterday, on a nice sixty degree November morning, I decided to intentionally try and bracket three handheld images for HDR processing as I hiked the island.

Knowing that alignment would be the important issue I made some decisions to minimize any problems. First, I only bracketed over and under one stop from the metered exposure. Second, I made sure that the slowest shutter speed was fast enough for sharp handholding. Third, I set the camera for continuous shooting and held the camera steady as if it were one long exposure.

I think the results were decent and I didn't notice any of the shots being blurry due to misalignment. 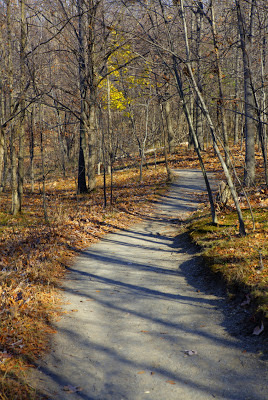 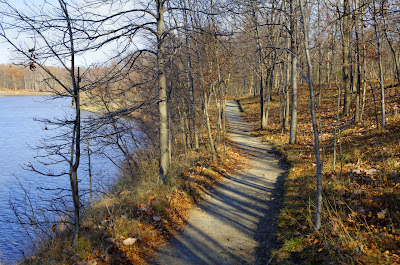 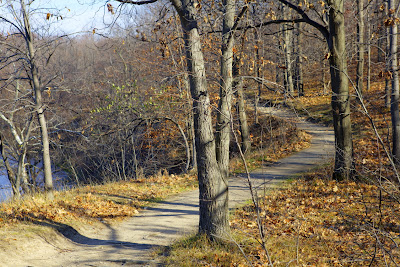 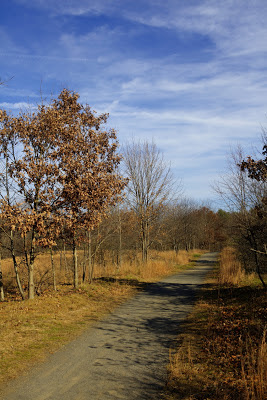 As far as HDR processing goes, for this series I used Photomatix Essentials and it's "Photographic" presets to process the unaltered RAW images. Then the JPG images were sharpened a bit and saturation increased a bit in Digital Photo Professional.

A better workflow might be to sharpen and deal with white balance and lens aberrations in DPP first, save the RAW files and then apply the HDR processing. I have done that when using the 17-40mm lens to correct peripheral illumination and distortion. Since I've still got the unaltered RAW images, I can always do that at some point in the future with these shots.

Posted by David Truland at 5:19 AM No comments:

I'm breaking this post into two parts. I was out on Peebles Island this morning with both the 5D Mark II and 1D Mark III. Each post will detail shots with one of the bodies.

This first day of Eastern Standard Time was nice for early light shooting at a time that leaves you something else to do with your day. Yesterday I was on the Island at around 8:00 AM and as I was leaving a little after 9:00 AM the haze was just starting to burn away and what colors are left on the trees were contrasting nicely with the boue sky.

Today, 8:00 AM was yesterday's 9:00 AM and conditions were ideal. Here are some of the images I added to the Trail Scenics Project. All were made with the Canon EOS 5D Mark II and the EF 24-70mm f/2.8L USM lens. Some of these are HDR processed and some are just processed with Canon's DPP software. 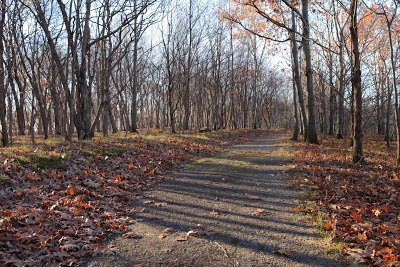 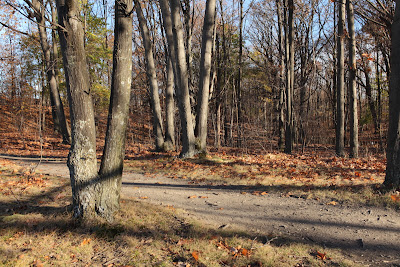 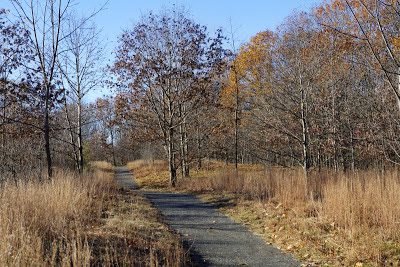 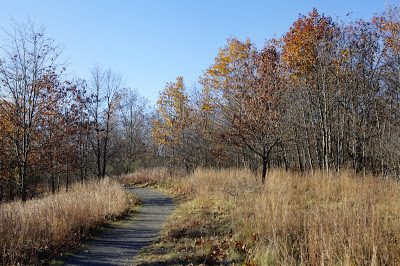 Posted by David Truland at 4:05 PM No comments:

I'm breaking this post into two parts. I was out on Peebles Island this morning with both the 5D Mark II and 1D Mark III. Each post will detail shots with one of the bodies.

While I was shooting Trail Scenics with the full frame body, I had the 300mm f/4L IS USM on the 1.3x crop sensor 1D Mark III. I'm not going to get landscapes with this setup but look for more isolated subjects or wildlife. While yesterday there were some deer, today they were evidently hiding from all the dogs that get walked on the Peebles Island trails.

I did get a couple of nice images on the island this morning:


Later in the day, as I was out doing a bit of shopping, I noticed a US Air Force C-130 doing practice approaches at the Albany International Airport. As I happened to be right under the plane as it repeatedly circled the airport I decided to get set up and see what kind of shot I could get.

The nice sun of the morning had been replaced by an overcast sky with no color and poor lighting. But the 1DIII managed to focus nicely and with the image stabilization on the lens set to panning mode the shots are not bad.

These two images are the closest before the plane passed overhead and the first after it was small enough to fit in the frame again. Neither are cropped other than to remove some distracting empty space to the right side of each image.

Email ThisBlogThis!Share to TwitterShare to FacebookShare to Pinterest
Labels: Misc., Peebles Island
Newer Posts Older Posts Home
Subscribe to: Posts (Atom)
To view larger images simply click on the image then click on it again. You can then simply use the back button or swipe to go back to the blog.