The Eyes Have It

Eyes are very important in wildlife photography. Unless it is an action shot of some kind, it's vital to have at least one eye visible in the image. It's also important to have the eyes in sharp focus.

Also, the eye, or eyes, need to stand out. That can be difficult with some animals, particularly birds, where the eye is the same color as the head - or a band of color on the head. In these cases, a reflection in the eye can create a highlight which draws attention and differentiates the eye from the surrounding body.

Here is an example from shots I took yesterday of a Northern Cardinal male. Both are decently focused and exposed and demonstrate what a difference a highlight in the eye can make. Both were made with a Canon EOS 30D, EF 300mm f/4 IS USM at f/5.6, 1/1000 sec., ISO 100. 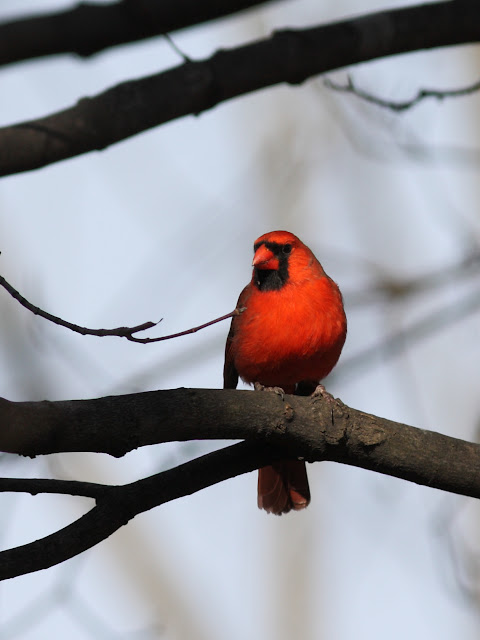 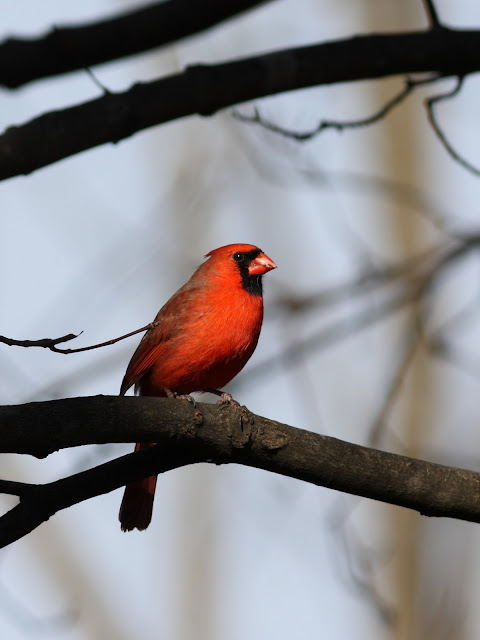 Also made yesterday was this shot of a Black-capped Chickadee - again, with a slight highlight in the eye.

Posted by David Truland at 5:05 AM No comments:


PROTECT IP / SOPA Breaks The Internet from Fight for the Future on Vimeo.
Posted by David Truland at 7:44 AM No comments:

Even in January it is possibile to find subjects in the outdoors to photograph. A recent trip to Peebles Island found me focusing on a downed tree limb with fungus. I used my 300mm lens's close focusing ability to isolate this portion of the branch and a single fungus. And the lens's image stabilization let me shoot at 1/80th of a second with a monopod rather than a tripod.

Posted by David Truland at 10:37 AM No comments:

Too Late for the Body Shop

I own a truck that's 16 model years old now. And it has seen it's share of scrapes with trees, light poles, mailboxes, etc. But it's still in better shape than this relic which sits back in the woods on Peebles Island.

Usually, you can't get a clear look at the remains due to all the foliage it sits in. But in January, with all the leaves gone, it's easier to get to and there's light for photography. 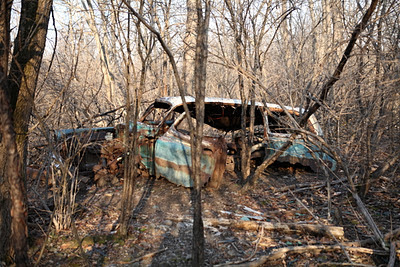 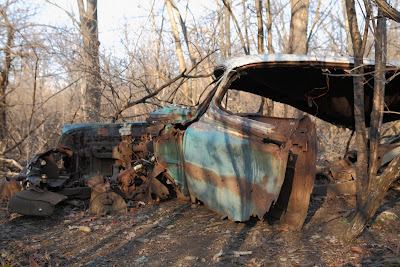 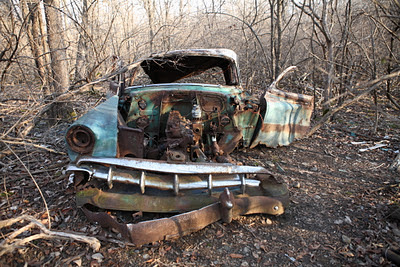 Old Gear for the New Year

I purchased my first digital SLR, a closeout Canon EOS 30D body from Ritz Camera, in August of 2008, shortly before the EOS 50D was announced. I was looking for an experience similar to the film days when I was using 35mm transparency film with manual focus lenses and Minolta X700 bodies.

I discovered that if you carefully purchase used equipment, you can experiment and not lose money buying and selling. I also discovered that better cameras cry out for better lenses - and vice versa. By the end of 2010, I had migrated to the newer 50D and some good L lenses.

Still, with the crop factor of the 50D bodies, I wasn't getting the same "feel" of the old film days. So, I decided, this past Spring, to pick up a used 5D full frame body. It was so what I was looking for that I swapped out some lenses to fit that setup and ended up with the kit I described here.

In the process, however, I went backward three years in camera technology. The 50D was announced in August 2008, the 5D in August 2005. Some of the features added in that time are live view shooting, automated sensor cleaning, micro focusing adjustments, larger and better LCD screens, and, of course, resolution in the form of more megapixels.  For me, however, it's worth those compromises in order to affordably attain full frame 35mm photography.

The one advantage I missed from the 50D, however, was the crop factor making long lenses longer. The 12.7 megapixels of the 5D isn't nearly enough to crop a photograph to that field of view with the necessary quality. The 21.1 megapixel 5D mark II, however, delivers images that, when cropped to a 1.6 field of view, are the equivalent of an 8 megapixel camera. The 5dII, however, with New York State sales tax, is still over $2000 new and nearly that used.

My solution was to go back to the past and, for less than $300, pick up an 8 megapixel 30D, the model I started with, to use with long lenses when I wanted extra "reach". Yes, it's two generations older than the 50D bodies I sold to get the 5D bodies but it's design is six months newer than the 5D and the two cameras share almost the exact same controls and interfaces. Below is a shot I took yesterday through a glass storm door. Resized, but not cropped.

You can compare the three DSLR bodies I have owned at DPReview's web site by clicking here.

My New Year's resolution is to stop thinking about gear so much and, having built a system that should be capable of some good photography, go and make some good photographs. I plan to be able to state on July 1, 2012 that my kit is exactly the same as it was on January 1, 2012. Tune in then and we'll see.
Posted by David Truland at 6:16 AM No comments: