There are those times when something just grabs you and you're excited about photography again. It can happen with some really great results. It can also happen when, after spending a lot of time and energy researching gear options, you come to a decision and move ahead with your plan.

With respect to gear options, I've felt this way numerous times. When I got my first full frame DSLR, an original Canon EOS 5D. Then I had two of them.

So, the 5D Mark III is not something to drool over when thinking about field sports or wildlife (without long, fast, expensive lenses). I spent the past week or so trying to figure out how to most efficiently improve my ability to shoot sports and wildlife.

A Sigma 150-600mm lens was considered. It's really large and not at all fast. The Canon 100-400mm lens, with the option of an extender, was considered. A bit too expensive, even used. Plus, that would mean using one of my 5D Mark III bodies, with it's six frames a second shooting.

I considered Rebel level crop sensor bodies for the 1.6x lens field of view lengthening factor but even though those bodies are inexpensive new, they all have some fatal flaw which ruled them out. So, finally, I decided that what I needed was a 7D Mark II to go with my 5D Mark III bodies.

These two cameras are remarkably similar in design and control layout. They differ mostly in the fact that the 5D Mark III is a 22 megapixel full frame camera and the 7D Mark II is a 20 megapixel crop sensor camera. But, the 7D Mark II is super weather sealed, has amazing autofocus and shoots at 10 frames per second.

Because the 7D Mark II is now about 5 years old, used copies of the camera are now a less expensive alternative than any of the alternatives I had been contemplating. So, once I made my decision, I checked out eBay and found a seemingly good looking 7D Mark II being sold by a camera store in Indianapolis.

The pictures didn't show much but the description said "heavy LCD scratches." Scratches on the LCD will not effect image making in any way and it's not a really big fix since what is scratched is a covering over the LCD not the electronic device itself. Plus, they have a 30 day return policy.

I should have the camera on Monday. Here is a shot of the LCD from the eBay listing which, as you can see, doesn't really show much. 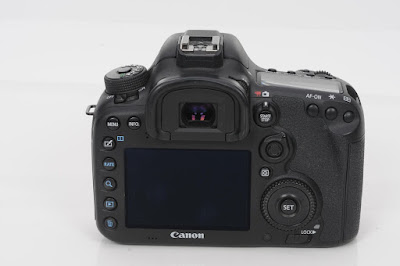 You can check out side by side comparisons of the 5D Mark III and 7D Mark II here and here.

UPDATE 2/25/19: The camera arrived today and is in fantastic condition. There are no scratches anywhere that I can see. The body is in better shape than either of my two 5D Mark III bodies. And, the shutter count is less than 25,000 out of a rated 200,000.

Posted by David Truland at 7:00 PM No comments:

There were some breaks of sun this morning as I was heading out, and it was above freezing, so I decided to stop at Cohoes Falls and use the 70-300mm zoom lens for some winter waterfall scenics.

These are all five file HDR composites and the focal length is mentioned in the caption.

Posted by David Truland at 11:32 AM No comments:

I walked around Peebles Island with the EOS M and 70-300mm lens the other day and the combination really doesn't work. Zooming the lens is a pain due to the tiny size of the camera body. You almost have to twist the camera body to zoom the lens.

But, the M is my only crop sensor body at the current time and the 70--300mm lens is much better for wildlife when it provides a 480mm field of view at the long end. For wildlife that's closer in and on the larger side, the 300mm field of view which the lens provides on my full frame bodies is sufficient.

Late this morning there were seven White-tailed deer hanging around in the yard and since I've packed up the EOS M for sale again, I used one of the 5D Mark III bodies with the 70-300mm lens.

Some of these are cropped, some aren't. 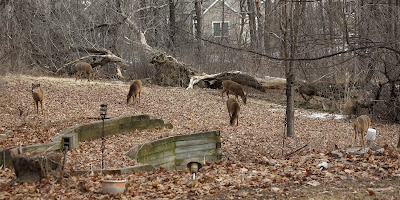 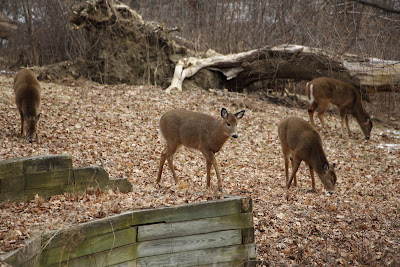 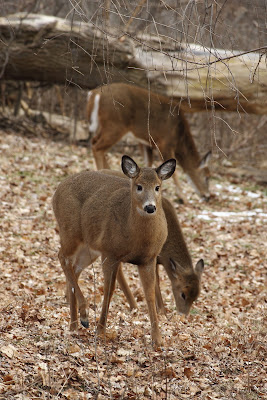 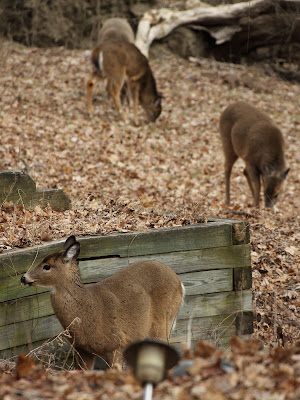 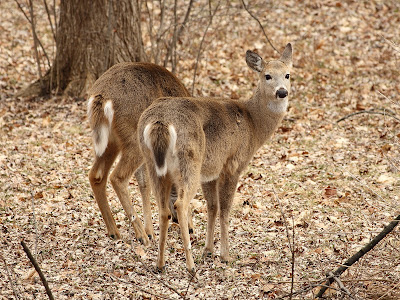 Posted by David Truland at 12:09 PM No comments:

Accidentally Not On Purpose

I was in and out of the car at some scenic locations along the Hudson and Mohawk Rivers this morning, using both the 17-40mm and 24-105mm lenses. As I was processing, I noticed that two of the images were horizontally lined up almost perfectly without that intention on my part.

I decided to give it a shot with Canon's PhotoStitch software and see how a panorama might come out. Here are the two single images, both five file HDR composites processed in Photomatix Pro and saved as TIFF files. 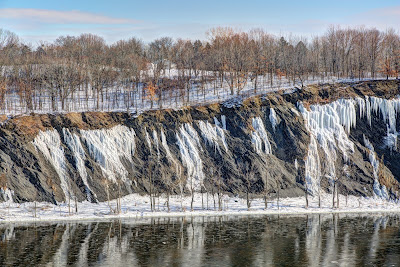 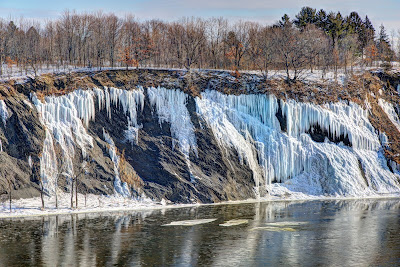 There is about a 20% overlap between the images which is necessary for the software to combine them. The first image was made at 75mm and the second image was made at 82mm. That's not a large difference but you can see the seam between the shots in the photo below and there is an obvious digital artifact at the shoreline due to the focal length difference. It almost looks natural if you didn't have the original shots to compare it to.

Here are some other shots from this morning. 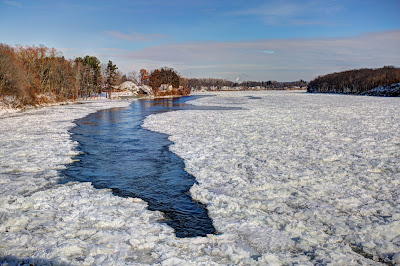 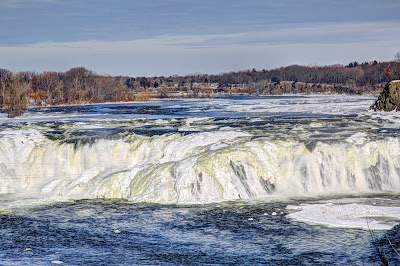 Posted by David Truland at 12:52 PM No comments:

Email ThisBlogThis!Share to TwitterShare to FacebookShare to Pinterest
Newer Posts Older Posts Home
Subscribe to: Posts (Atom)
To view larger images simply click on the image then click on it again. You can then simply use the back button or swipe to go back to the blog.