This has been a pretty bad month for blog entries. Yesterday, I was on and around Peebles Island with my 5D Mark III and EF 70-200mm f/2.8L lens.

No extenders, just the native lens and a polarizer filter for the water tower and moon shot. All these shots except for the single deer image are HDR processed. I bracketed the usual five file over and under 1 and 2 EV. I left the 2EV over exposed file out of the processing though when processing in Photomatix Essentials. 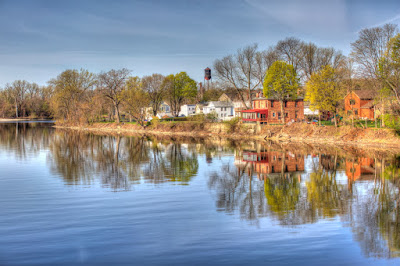 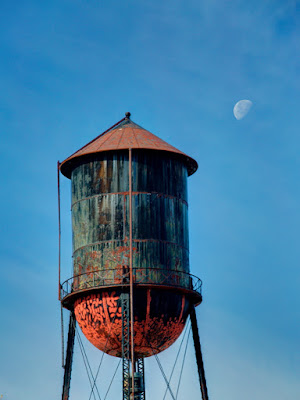 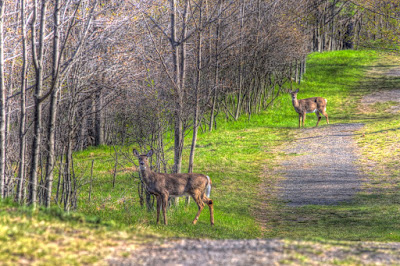 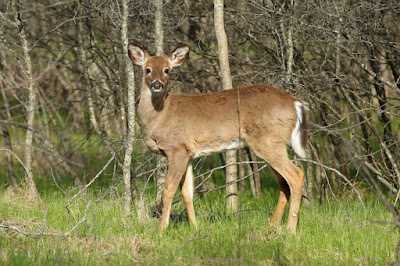 Posted by David Truland at 1:27 PM No comments:

I haven't taken the opportunity to play with the multiple exposure mode on the 5DIII yet but I used to enjoy using this technique with my old Minolta X-700 film bodies. With the X-700s you had to hold the film rewind button while moving the film advance lever so that the camera thought film was being advanced but it (mostly) stayed in place. You had to reduce exposure by one stop for each of the two exposures and you would get a properly exposed image of the two subjects.

With the Canon 5D Mark III, there's a multiple exposure mode that has lots of options but I chose the simplest - two images, combining exposure. The camera saves the two RAW files and combines them into a third RAW file, saving the original two. The one thing you can't alter in the combined file is white balance so care needs to be taken that it's accurate rather then relying on auto. 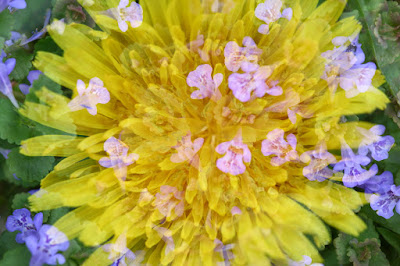 Posted by David Truland at 12:51 PM No comments:

On Peebles Island with the 100mm Macro

It's been a great few days here in Upstate New York with high temperatures in the 70s and lots of sunshine. This morning I walked around Peebles Island with my 5D Mark III and my EF 100mm f/2.8 Macro lens.

Macro lenses are great because they focus close and also will focus at infinity. When I used my 70-200mm zoom and 500D closeup lens for closeups, I'd have to keep taking the lens/filter on and off as the lens will only focus close up with the filter on.

Each of these three shots are cropped a bit, and the Canada Goose shot is cropped quite a bit. 100mm is not really a wildlife focal length.

This next two images are a single file followed by a four file HDR processed image with the normally exposed image file and files exposed -1, +1 and +2 EV. 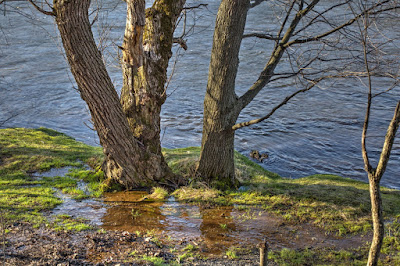 Posted by David Truland at 10:45 AM No comments:

Email ThisBlogThis!Share to TwitterShare to FacebookShare to Pinterest
Labels: Closeup/Still Life, Daily Walk, Gear, Peebles Island, Scenic, Wildlife
Newer Posts Older Posts Home
Subscribe to: Posts (Atom)
To view larger images simply click on the image then click on it again. You can then simply use the back button or swipe to go back to the blog.