My highest ever number of posts in a calendar has been 73 back in 2013. This is my 73rd post in 2017 and I've still got the trip to Maine for Christmas By The Sea coming up. 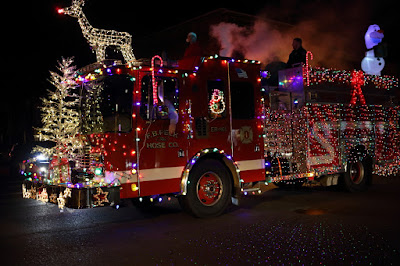 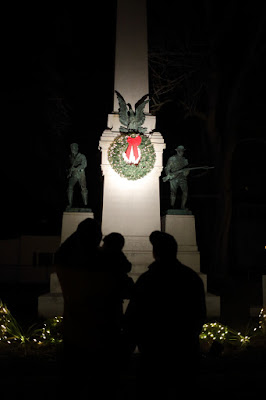 Tuesday morning I walked around Peebles Island with the crop sensor 7D and the DO zoom. I wanted to test this combination on the Eagle nest to see if it will be sufficient for any documentation I want to do over the Winter and Spring. I think it'll be fine as long as there's enough light for low ISO and contrast.

There are four slightly different vantage points. This one is the closest but not my favorite which is farther away and lower but (at least last year) it has a better view into the nest as that side of the nest is less built up.


And yesterday, around noon, a front came through with some nice clouds but lots of wind and I went over to the Cohoes Falls. These are with the 5DIII and 24-105mm zoom.

Posted by David Truland at 1:42 PM No comments:

New York State Parks are waiving any applicable admission fees today with the #OptOutside hashtag as an antidote to black Friday shopping. Although they never charge admittance at Peebles Island, even though they're supposed to on weekends between May and October, I took the opportunity to take an early morning hike around the Island.

Today I carried my EF 24-105mm f/4L IS USM lens and the 5D Mark III. Absent interesting wildlife, almost all subjects are best shot at 100mm or wider and the L lens has magnitudes better image quality than the DO zoom I used yesterday.

Here are some Peebles Island scenics from #OptOutside Day. 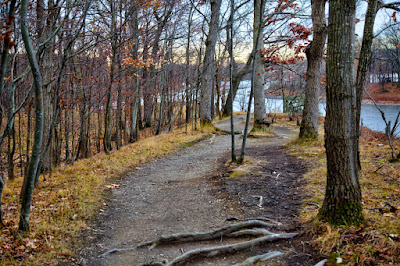 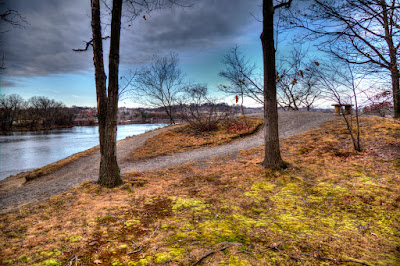 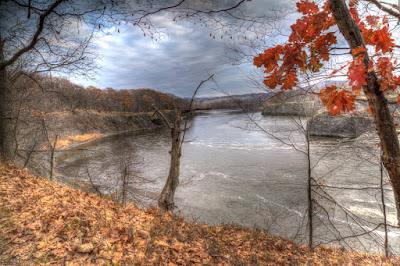 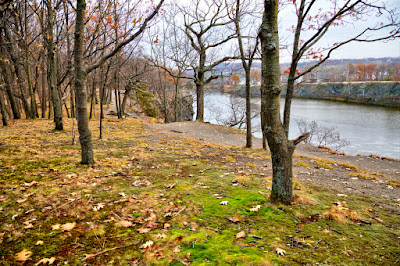 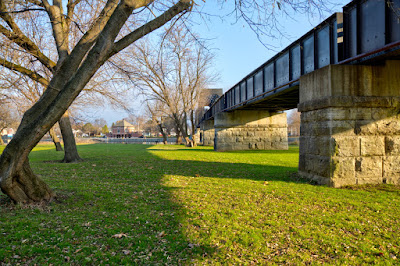 Posted by David Truland at 11:57 AM No comments:

Here are some scenes from my 4.8 mile walk through Waterford and up the Champlain Canal Trail and back. I carried my 5D Mark III, EF 70-300mm DO zoom and 40mm pancake. Since all these are HDR composites I'll simply indicate which lens and, if the zoom, at what focal length the scene was captured.

Posted by David Truland at 12:06 PM No comments:

A Fun Day with HDR Scenics

Today was a fun day. Some nice clouds, a couple breaks of sun, the 24-105mm zoom and a four mile walk made for a nice morning. Then, I realized that HDRSoft had a new version of PhotoMatix Pro I could download and my license for the previous version made it free.

PhotoMatix Pro 5 had been crashing about every third photo which led me to see if there was an update. So far version 6 has not crashed.

All these are HDR composites, some with all five bracketed files, and some with four, leaving out the most over exposed image. All were made with the 5D Mark III and EF 24-105mm f/4L IS USM lens. The exposure information is for the normally exposed file.

The thirteen image gallery can be viewed at http://trulandphoto.zenfolio.com/waterfordflight.


Posted by David Truland at 5:40 PM No comments:

Back to the Pancake Project

After several sports and event outings I went for my walk over to Waterford Harbor this morning with the 5D Mark III and 40mm pancake lens. It was a cloudy and breezy morning but there were some breaks of light and HDR processing manages to get color out of almost any conditions.

Here are some of the results. Exposure information is for the normally exposed file. All are five file composites.


Posted by David Truland at 5:34 PM No comments:

I have documented dress rehearsals for seven Lansingburgh school plays now, going back to April, 2013. This years musical is Thoroughly Modern Millie. For the first time I didn't have an f/2.8 zoom to use and the first time I didn't have a 70-200mm or equivalent zoom to use. ISO 3200 and f/4 resulted in some pretty slow shutter speeds but the image stabilization helped a bit.

My tools this year were my 5D Mark III and EF 24-105mm f/4L zoom. I missed the option of standing back farther in the auditorium and zooming in. It was more difficult getting from one side of the stage to the other as the rows near the front were cluttered with kids, backpacks, etc.

The usual problems of white balance and uneven lighting made for a slow processing of the images. I ended up with 260 images including headshots.

The full gallery can be viewed at http://trulandphoto.zenfolio.com/millie. Here are some samples. 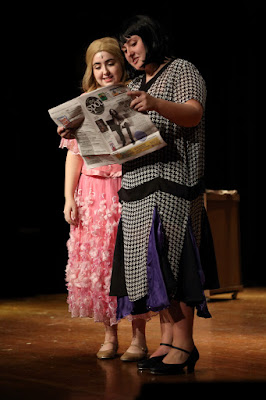 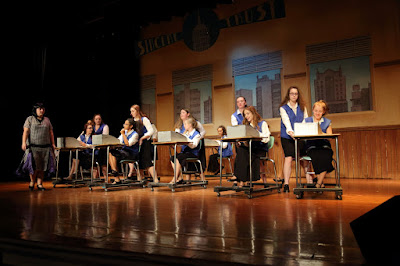 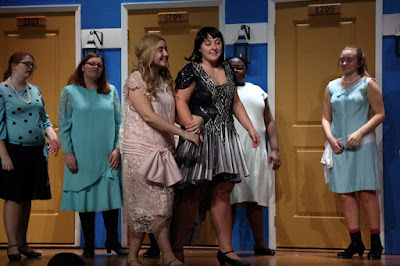 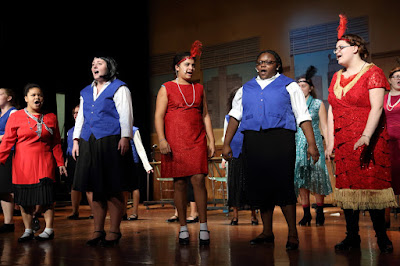 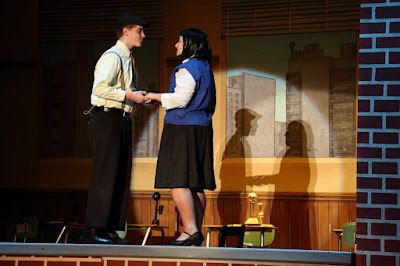 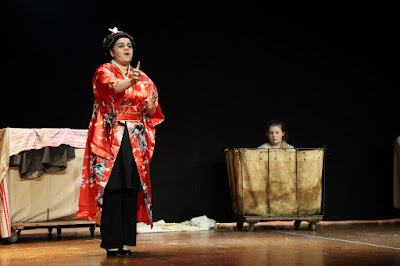 Posted by David Truland at 11:58 AM No comments:

It's obvious that i enjoy coming up with different combinations of equipment which I fully intend on utilizing and then usually don't. The most recent is a small shoulder bag with my crop sensor EOS 7D and two pancake lenses, the 24mm and 40mm f/2.8 STM lenses.

The 7D has a built in flash so there's little need to have another one in the bag. The two lenses have full frame equivalent fields of view of 38mm and 64mm respectively. There isn't a gigantic difference - one is a bit shorter than normal and the other a bit longer than normal. But there's enough difference to carry both.

Here are the two fields of view on the 7D. The normally smooth Hudson River has a different look doe to the passing of a New York State Marine Highway tugboat and barge just before I made the exposures.

Here's another shot with the 40mm pancake from a different position. 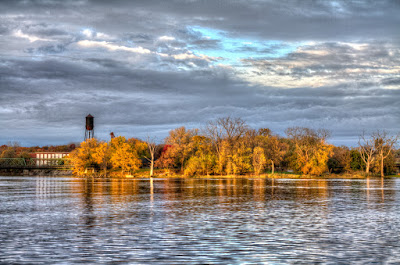 The rest of these are made with the 24mm lens at and above Lock E2 on the canal in Waterford. 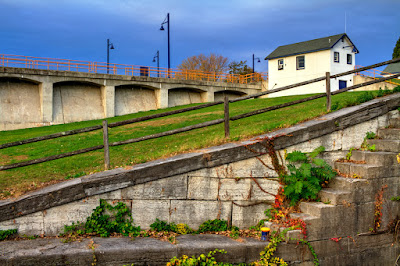 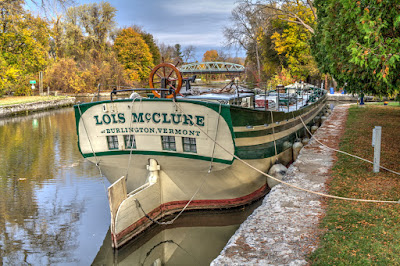 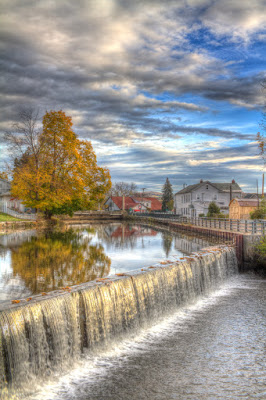 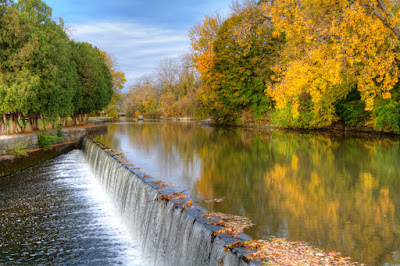 I'm going to include this kit in the pancake project as the concept is the same. The 24mm is almost the same field of view and the 40mm is the same lens.
Posted by David Truland at 12:42 PM No comments:

Sports with the 5D Mark III and DO Zoom lens

I knew that yesterday's college match would have less favorable light than the others I have shot this Fall. It was scheduled to start less than two hours before sunset and it was overcast. Accordingly, I decided to use my full frame body rather than the crop sensor 7D. I'd lose focal length but gain higher ISO abilities.

It turned out to be the right choice. The 5DIII worked out well and the images with the DO zoom required less tweaking than they do with the 7D.

These are probably the last of my soccer shots for the season. The entire gallery can be viewed at http://trulandphoto.zenfolio.com/hwsoc2017. Here are some samples.


I did get some good images at focal lengths less than 300mm although it's tempting to think that I'd be better off with the inexpensive 300mm f/4L IS lens and gain both image quality and a stop of light. We'll have to see.

Posted by David Truland at 12:40 PM No comments:

Email ThisBlogThis!Share to TwitterShare to FacebookShare to Pinterest
Labels: Gear, Sports
Newer Posts Older Posts Home
Subscribe to: Posts (Atom)
To view larger images simply click on the image then click on it again. You can then simply use the back button or swipe to go back to the blog.