The get away day of the Maine trip started with a really nice sunrise and continued with a trip to Mount Agamenticus and Nubble Light. Here are some shots in that order. 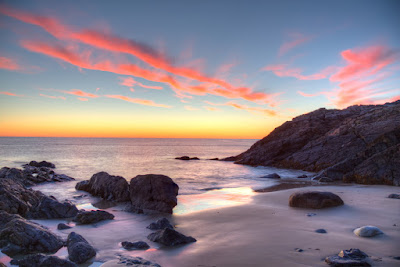 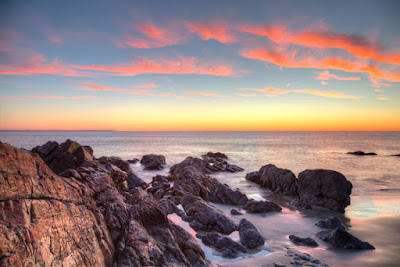 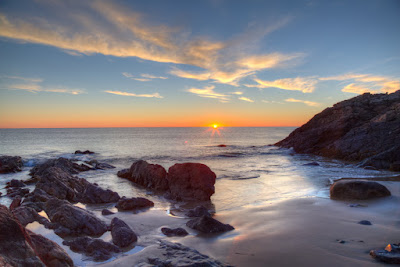 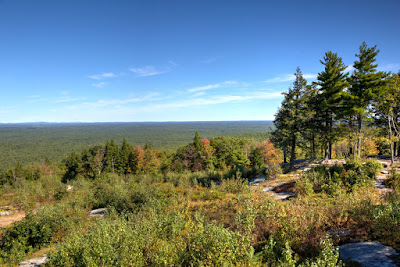 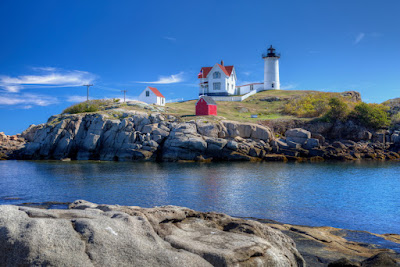 Posted by David Truland at 2:04 PM No comments:

Sunday was a light day for photography. Spent most of the day processing photos from earlier days, etc. I did get down to Ogunquit Beach for some shooting with my 5DIII and EF 24-105mm f/4L lens. 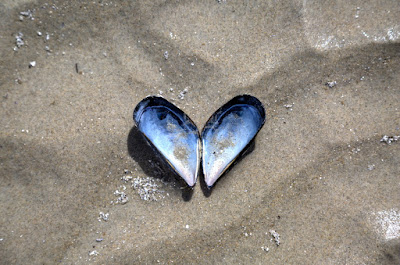 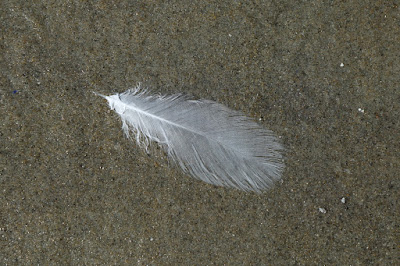 I had a polarizer filter with me and took the following scene with and without the filter. Both are five file HDR composites. I'm not sure which one I prefer.

Posted by David Truland at 7:46 PM No comments:

I've been using my 77mm filters on my other lenses with step up rings but stopped in a sort of camera store here in Ogunquit and picked up a 67mm polarizer lens for my 100mm macro and 35mm f/2 lenses. I way overpaid as you often do in resort towns but I'm glad I had it as yesterday was a perfect polarizer day. Here some shots of the Marginal Way [http://marginalwayfund.org/] followed by some shots from Perkins Cove, located at the south end of the Marginal Way.

All are made with my 5D Mark III and EF 35mm f/2 IS USM lens with polarizer filter. 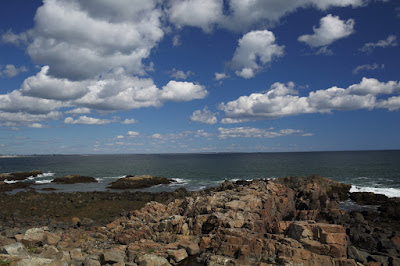 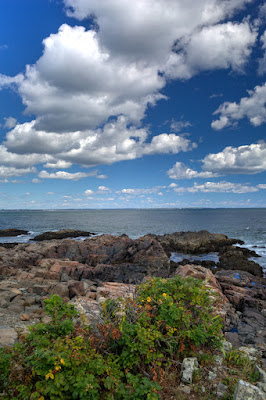 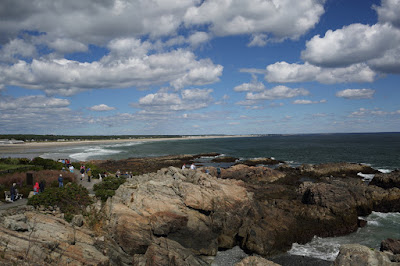 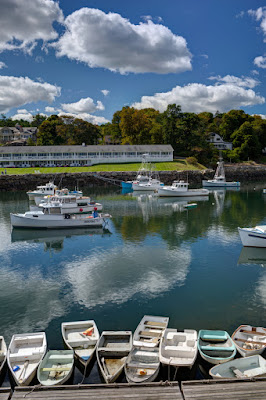 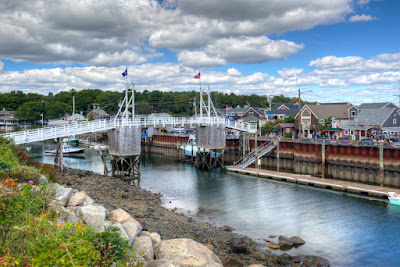 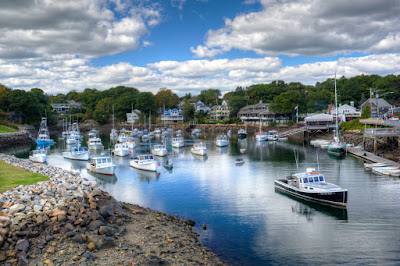 Posted by David Truland at 11:04 AM No comments:

Email ThisBlogThis!Share to TwitterShare to FacebookShare to Pinterest
Labels: Scenic

I'm spending a lot of time processing photos. Some HDR, Some not. Here are some shots from Friday and this morning's sunrise. Tomorrow I'll post more from today.


Posted by David Truland at 5:20 PM No comments:

First College Soccer of the Fall

On Saturday I shot a Division III college women's soccer match for the first time this Fall. It was a bright sunny afternoon for the most part and I was able to shoot my EOS 7D and 70-200mm f/2.8 lens at lower ISO settings than when it's cloudy or the match is under the lights.

On checking my images later Saturday evening I noticed that the distant shots at 200mm were extremely out of focus. Shots at 200mm not so far away were not as bad. I noticed that distant subjects with this camera lens combination were also not focused correctly from Friday's tugboat roundup shoot.

Here is a screen capture of one of the out of focus shots. The image is zoomed in at 50% and the red box is the active center focus point that focused the lens. Obviously a problem existed as the plane of focus is far behind the focus point. 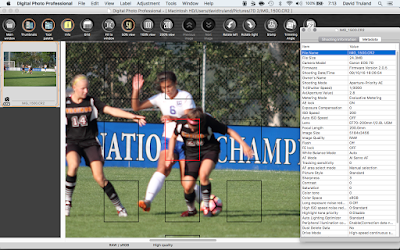 Sunday I did some testing and, of the possible plus or minus 20, I needed to set the micro focus adjust on the camera to minus 18 to get accurate focusing on the long end with distant subjects with this lens. I'll seed to do some followup to see how the focus is affected at shorter focal lengths and whether the problem exists with other camera bodies.

Here are some shots that are mainly in focus since the distance to the subject was less. 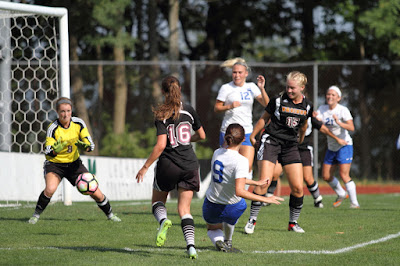 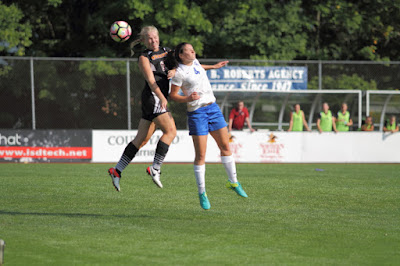 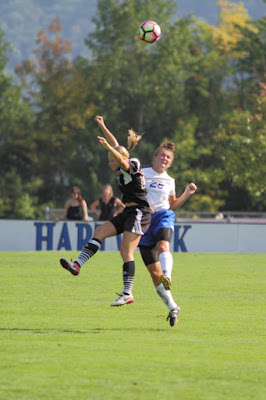 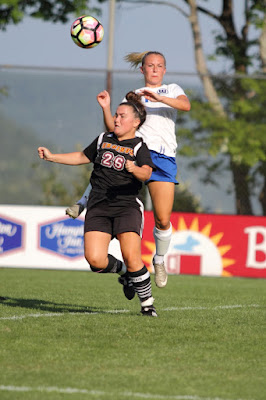 Last evening began this year's tugboat roundup with the parade of boats into Waterford Harbor from down the Hudson River. There were a lot of boats this year, some of then even tugboats. What was unfortunate this year is that the boats arrived over a half hour later than some years in the past and that, coupled with the date being a few days later, resulted in the sun setting behind the trees leaving the boats in shade with a bright sun background as the entered the harbor.

While the past two years I had located myself on the bridge over the harbor, this year I went back to the "beach" on Peebles island where I had decent views of the boats before they hit the shade.

I used both my 5D Mark III and my last remaining 7D with 24-105mm and 70-200mm lenses attached, respectively. I did note that the clock on my 7D has not been set for daylight savings time so the time indicated in the photos is an hour earlier than they actually were made.

A group on my Zenfolio site which containing galleries of each of the past four years of Tugboat Roundup shots can be viewed at http://trulandphoto.zenfolio.com/tugboatroundup.


Posted by David Truland at 6:08 AM No comments:

Yesterday afternoon saw the replica Viking ship Draken Harald Hårfagre travel down the Waterford flight of locks to moor at the harbor next to the replica Dutch ship Onrust. The timing of the arrival was not set in stone and only half hourly updates on the Draken website, http://www.drakenexpeditionamerica.com/, provided a clue as to when there would be photo opportunities.

As it happened I arrived at the top of lock E2 about 15 minutes before the Draken came into view and followed it through the lock and into its berth for the night. Here are some shots made with my 5D Mark III and EF 24-105mm lens. A gallery of images is located at http://trulandphoto.zenfolio.com/draken. 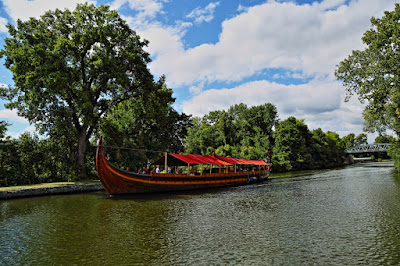 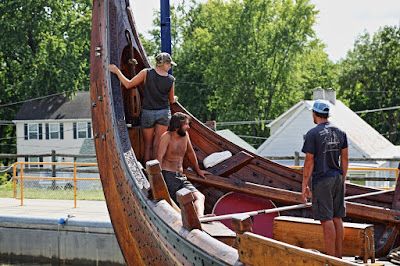 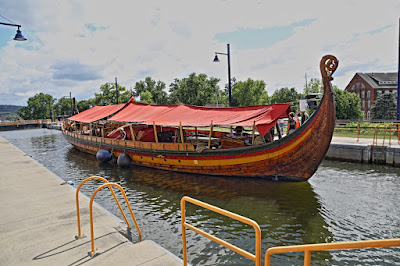 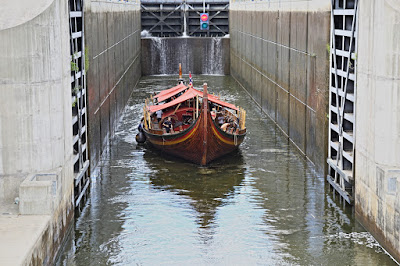 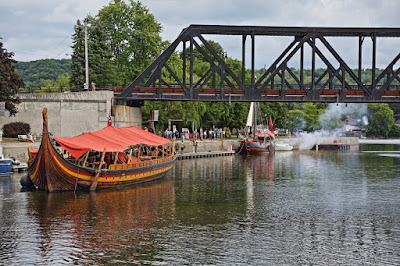 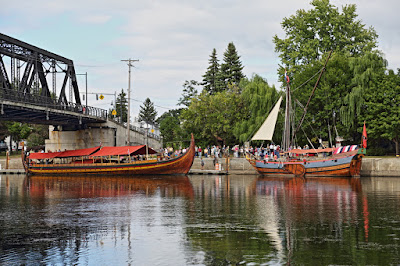 Posted by David Truland at 5:52 AM No comments:

This Morning on Peebles Island

My photographic opportunities remain pretty boring and mostly limited to my morning walks and evening sunsets a few blocks from home. As I look forward to a long weekend trip to Maine in three weeks I've got to get used to my new gear and wait for more interesting opportunities.

Here are some shots from this morning. The first three are HDR composites consisting of shots either of, or from, Peebles Island. All are with my 5D Mark III and EF 24-105mm f/4L lens.

The deer is a single image and is not cropped. Some of the deer on Peebles Island are pretty tame. This one was. Nice that this shot was at 1/10th of a second at 105mm. Canon claims 3 stops of IS for this lens. That would be about right.

Posted by David Truland at 5:26 PM No comments:

Email ThisBlogThis!Share to TwitterShare to FacebookShare to Pinterest
Labels: Daily Walk, Peebles Island, Scenic, Wildlife
Newer Posts Older Posts Home
Subscribe to: Posts (Atom)
To view larger images simply click on the image then click on it again. You can then simply use the back button or swipe to go back to the blog.