A Tiny Body for a Tiny Lens

I have been thinking of picking up Canon's new miniature EOS SL1 at some point over the Summer. This new camera has a touch screen LCD with all camera controls accessible by touch. Using it in Live View would be like using an iPhone but with much better image quality. And, with a mirror, focusing screen and viewfinder it's also a true DSLR with the advantage of quick and accurate focusing.

By contrast, here is my pancake affixed to my EOS 5D mark II with battery grip. 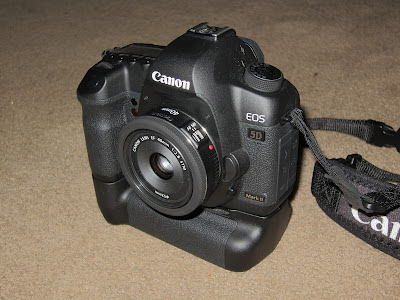 The SL1 is an APS-C sensor camera with a crop factor of 1.6X, which means that the combination would have the field of view of a 64mm lens on a full frame body. I've used the pancake on full frame and 1.3X crop bodies (where it has the field of view of a 52mm lens) but not on smaller sensor bodies. As an exercise to see how that combination works in the field, I've been using the pancake on an EOS 30D body, which also has a 1.6X crop factor.

I found that it's certainly a usable combination as long as you can get far enough away from subjects without cluttering the foreground. The 17-40mm f/4L will also be very useful with the SL1 although it will add quite a bit of size and weight. My hope is that Canon will market an EF-S 22mm pancake lens which would be a perfect two lens combination with the 40mm pancake.

Here are a few examples from the past several days with the 30D and 40mm lens:

UPDATE 5/1/13: And here's one, this time with my EOS 7D, from near the end of today's 2.7 mile daily walk of some people too lazy to get out of their cars to buy donuts. I even had room to crop a bit. I guess the 40mm focal length will work nicely with the SL1.

FURTHER UPDATE 5/4/13: Again, toward the end of my daily walk today, as I was crossing over the Hudson River. With some practice, I think I could get used to planning and framing shots with the 64mm equivalent focal length.

ONE FINAL UPDATE 5/6/13: This morning I walked over to, and around, Peebles Island with my EOS 50D and the 40mm pancake. The 50D without the battery grip may just be small enough to serve the purpose of the SL1. It's much closer in technology to my 5DII and 7D than the 30D and since it currently just sits around, it may be wasteful to spend $650 on the SL1.

Here are two shots from this morning, the first trail scenics I'd made since the end of the project in early March. These are three 1 1/2 EV bracketed HDR processed images. Shooting information is for the normally exposed photo.

Posted by David Truland at 8:44 AM No comments:

I took a couple of hours this morning to hike around Peebles Island with my EOS 7D and EF 300 f/4L IS USM lens. It was around 40 degrees and sunny and for once I ran across some wildlife while I had the right equipment.

Wildlife I was able to shoot was the usual White-tailed Deer and what I'm identifying as a Cooper's Hawk. The Sharp-shinned hawk is very similar but smaller. This Hawk was definitely over 12 inches in height. The Hawk photo is cropped considerably. The deer photo is not cropped.


I also have some shots of a deer that decided to start urinating as I was taking her picture but I don't think I want to go there. One of the things I like best about Peebles Island in the Spring are the swampy areas and the green that shows up there before it shows up anywhere else on the island.


And of course it wouldn't be Earth Day without some documentation of how we humans seem to always mess up nature's beauty in some way or the other. And, of how nature seems to be able to make the best of it anyway.

Posted by David Truland at 7:01 PM No comments:

In all, I was at the rehearsal for four and a half hours and shot 673 photos which took up more than 18 gigabytes of space on my CF cards. I spent 6 hours and ten minutes processing the RAW files and the 191 photos I added to a Zenfolio gallery took over three and a half hours to upload.

I used a Canon 7D with an EF 50mm f/1.4 USM lens for the head shots. I had a Canon Speedlite 580EXII, bounced onto a Rogue FlashBender, controlled wirelessly by the camera situated above and to my right. I used the on-camera flash of the 7D, held in portrait orientation, to fill in some light from the left.

The entire collection can be viewed at http://trulandphoto.zenfolio.com/grease. Here are six representative shots from the rehearsal: 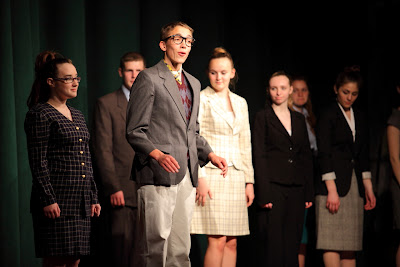 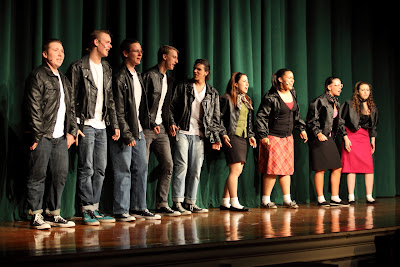 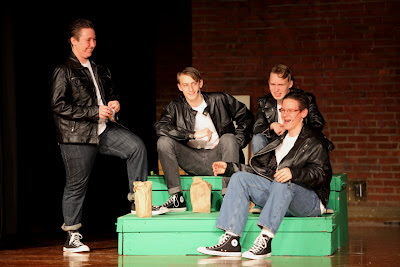 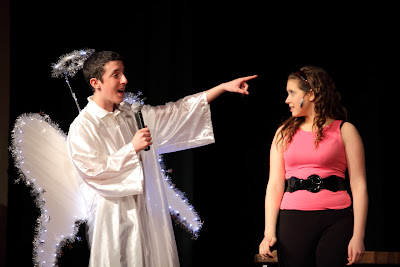 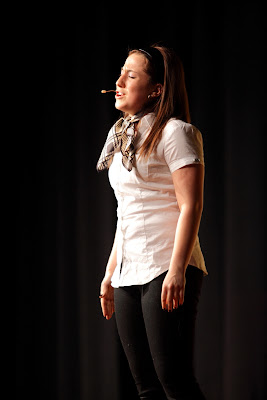 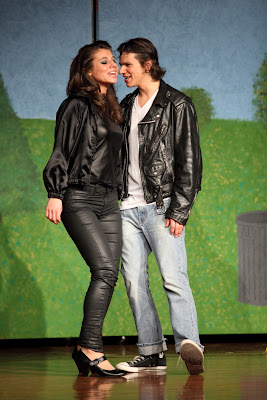 Posted by David Truland at 8:43 AM No comments:

Yet Another Closeup Method

There are several subjects that make a photographer want to get closer. Insects and flowers are the two main subjects of closeup photography. Last year, I described two techniques using a 50mm lens with either a reversing adapter or an extension tube.

While my 300mm f/4 IS lens is good for shooting insects and flowers as it focuses to 4.9 feet, there are ways to get greater magnification out of the lens. Last summer I played with stacking two 1.4X Canon Extenders with a short extension tube between them. You can read about that experiment here.

I picked up a Canon 500D closeup lens for the 300mm f/4 over the Winter. This changes the focusing range of the lens, which is from 4.9 feet to infinity without the closeup lens, to from 17 inches to 25 1/2 inches with the closeup lens. 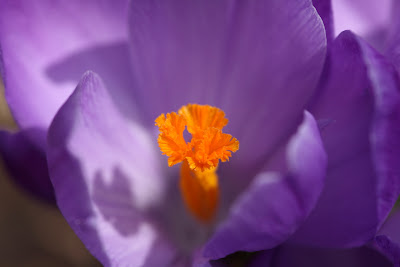 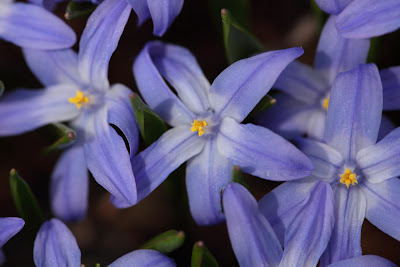 Posted by David Truland at 12:52 PM No comments:

Not only is this Spring coming along more slowly than usual, compared to last year's early Spring it seems like we should already be in the middle of Summer.

As evidence, here is some Crocus I stumbled across last Spring for the first time. The photo below was made on March 19, 2012.

I looked for the same plant this year but hadn't been able to locate it. Today, I finally noticed it under the leaves. Here is this year's version, taken from a different angle, 20 days later in the season.


Posted by David Truland at 1:07 PM No comments: