Over the past year and a half I have made several changes to my "gear philosophy".

I don't have anything bad to say about the Sigma lenses other than that I much prefer using Canon's DPP software for processing my images and that just doesn't work to get the best out of images made with Sigma lenses. If I were just shooting JPGs out of camera I would have been happy with the Sigmas but I shoot RAW and process every image to get rid of chromatic aberration, something the Canon software won't do with third party lenses.

So, starting this past Spring, I began a reverse migration back to Canon lenses. I sold all my Sigma lenses for pretty much the price I paid for them. I then picked up a used non IS 70-200 f/2.8L at a great price on eBay. After experimenting with primes in the barely wide to short telephoto range I picked up a used 24-70mm f/2.8L USM lens from Adorama. In fact, this copy of the 24-70 was made in 2011, the last year Canon made the lens and is in better condition that my earlier copy.

So, I'm heading into the future with two 7D bodies, one with battery grip, one with Magic Lantern software and a 70D body together with Canon zooms covering 10-22mm, 24-70mm, and 70-200mm in addition to 24mm pancake and 50mm STM primes, Canon's EF-S 60mm macro lens and an extender 2XIII.

The EF 28mm f/1.8 USM and EF 100mm f/2 USM lenses are expected to be sold in the near future. Here are the seven lenses, without hoods, which will now remain in my main bag. 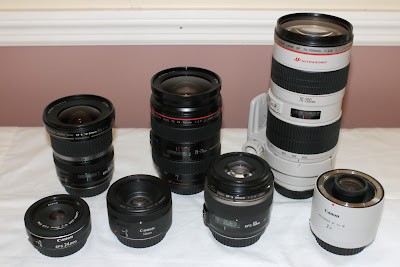 Posted by David Truland at 12:04 PM No comments:

Canon's newest small, cheap inexpensive STM prime lens makes a really nice walk around package with a smaller DSLR like the EOS xxD series. While the field of view with this lens on Canon crop sensor bodies is equivalent to 80mm on a full frame body, I like the ability to isolate subjects and eliminate foreground clutter. For wider views there's always the smaller, and almost as cheap inexpensive, EF-S 24mm f/2.8 STM pancake lens which has a 38mm equivalent field of view.

In the shots below, I was shooting between shrubs along a trail looking out onto a field of Cattails. The 24mm lens would have shown some of that foreground clutter which would have needed to be cropped out. Sure, a 24-70mm zoom would provide the needed flexibility in a single lens but Canon's 24-70mm f/2.8L USM lens weighs almost three pounds while the 50mm and 24mm STM lenses together weigh 10 ounces. And, since the STM lenses are so cheap inexpensive, there's no reason not to have both options available.

These are all five image handheld bracketed shots at +/- 1EV processed with Photomatix Essentials 4.0. 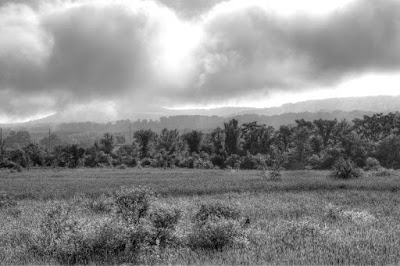 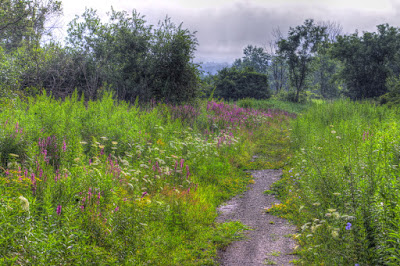 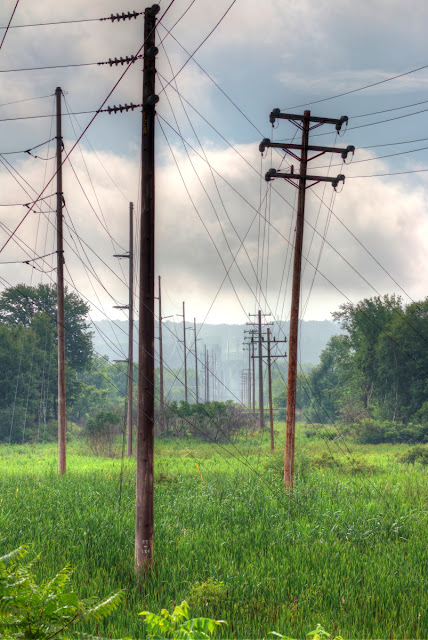 Posted by David Truland at 6:53 AM No comments:

In my last post I discussed installing Magic Lantern software on one of my 7D bodies in order to bracket more than three images for HDR processing. This morning, I got around to trying out the auto bracketing feature of the software and I like it.

The software not only decides how many images to bracket but what the bracketing parameters should be. The only setting that is set ahead of time is the amount of bracketing, 1/2 EV, 1/EV, 2EV, etc. The software then evaluates either the scene or the first image and then decides how many additional files to shoot and whether they should be over and/or under exposed.

When I was out this morning I intentionally looked for scenes with both high contrast and low contrast, lighting wise. The exposures ranged from two to six images and only one was the traditional over and under exposure in equal numbers. Some five frame brackets were the normally exposed image and then four underexposed images in one stop increments.

The files that resulted seemed to fit well with the "Balanced" presets in my HDR software, Photomatix Essentials 4.0. While the Magic Lantern software did choose six files for two of the scenes, the HDR software will only process five files so I deleted the darkest one.

I uploaded the twelve resulting images and the normally exposed files to a gallery on Zenfolio for anyone interested in examining them. The way I've set it up is explained in the Gallery description. The Gallery is located at http://trulandphoto.zenfolio.com/mlaeb.

One of the drawbacks of using the Magic Lantern bracketing is that is very deliberate in how it functions. While the built in Canon firmware lets you shoot at high speed continuous and stops when the bracketing is completed, Magic Lantern requires you to be in single shot mode and then evaluates and processes each file. Today, it was taking at least one second per shot whereas an EOS 70D, for example, can bracket five shots in less than a second. This could matter if the scene includes wildlife, clouds or people that are moving.

Here are a couple of examples. The first one is a five image HDR and the second a two image HDR. 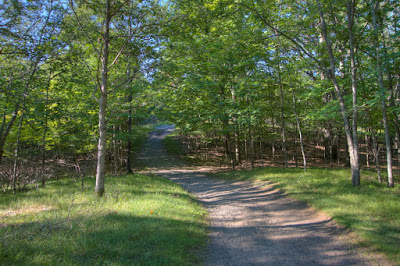 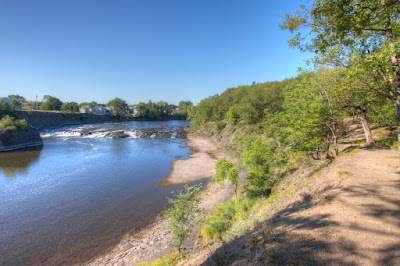 Posted by David Truland at 4:18 PM No comments:

New Life In An Old DSLR

Canon introduced the EOS 7D in the Fall of 2009. They gave it new life with the introduction of a major firmware upgrade in the Summer of 2012. Some of the features added in firmware v2 are:


This past week I ventured into the add on software field by loading Magic Lantern software onto one of my 7D bodies. My primary reason was to be able to bracket more than three images for HDR processing purposes. Magic Lantern allows bracketing up to 12 files and even has an auto setting, which I haven't tried, which automatically determines how many files the scene requires.

Here are some of the features Magic Lantern adds to the Canon software (click to read):

So, with this software, I'm now able to exposure bracket more than three images on my 7D as you can with the newer 7D Mark II and 70D bodies. Here's a five file Peebles Island trail shot from my testing yesterday: 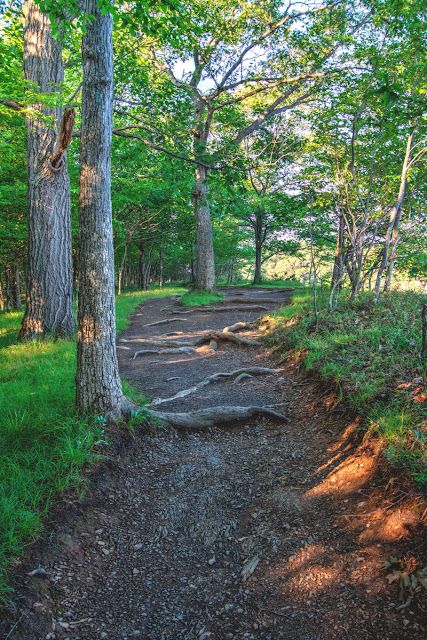 Posted by David Truland at 8:09 AM No comments:

Fourth of July weekend always brings the annual Steamboat Meet to the confluence of the Mohawk and Hudson Rivers inn Waterford, New York. Today's weather is rainy but before the rain started falling I was able to get around and shoot some scenics of the boats moored at Waterford Harbor.

Hopefully tomorrow morning I'll be able to return and get some shots of individual boats and their crews on the water. If it stops raining, that is.

In order to boost the coloring and emphasize the clouds I bracketed three exposures (the maximum for the EOS 7D) and used Canon's two pancake lenses, the EF-S 24mm f/2.8 and EF 40mm f/2.8. 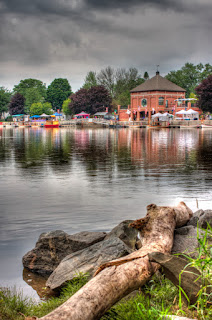 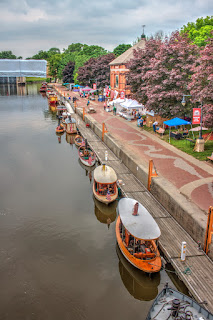 Posted by David Truland at 12:41 PM No comments:

Email ThisBlogThis!Share to TwitterShare to FacebookShare to Pinterest
Labels: Events, HDR
Newer Posts Older Posts Home
Subscribe to: Posts (Atom)
To view larger images simply click on the image then click on it again. You can then simply use the back button or swipe to go back to the blog.