My new lens, an EF 300mm f/4L IS USM, arrived a few days ago so I took it out this morning with my 5D to Peebles Island State Park to try it out.

I took the 5D because I wanted to see if the shorter focal length of this lens, compared to the 400mm of the lens I expect it to replace, was going to be a problem if I move to all full frame bodies as I expect will happen at some point.

I left my monopod at home since I was particularly interested in the function of the Image Stabilization since none of my other lenses have IS and I've heard that some people don't like the IS of this particular lens. It is older technology and is a bit noisier than other models. I didn't notice any problems with it and was really happy with being able to hand hold the following two shots of deer. The first was at 1/30 second and the second at 1/50 second. Both were wide open at f/4 and ISO 200.

The first is cropped from a horizontal composition and the second is as shot. 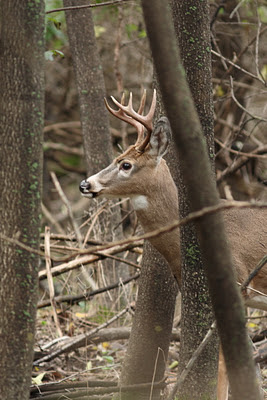 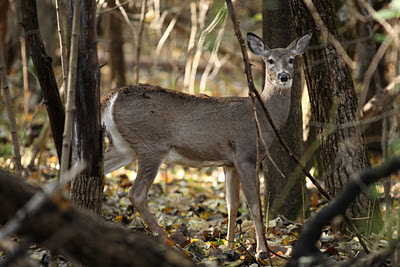 Posted by David Truland at 1:15 PM