Some "After" Shots, More Water

The remnants of tropical storm Lee brought about four more inches of rain to the region over the last few days and, with them, another rise in the rivers. Although neither the Mohawk nor the Hudson reached the levels caused by Irene just 10 days earlier, both were above significantly above flood stage.

Once again, the Mohawk flooded Battery Park and its surrounding streets in Waterford. Look familiar? 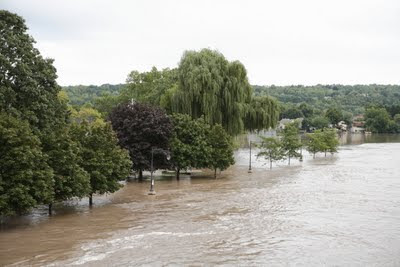 Note the high water mark indicated by the debris caught in the chain link fence, parts of which were knocked down by the force of the water, as was one of the 19th Century outbuildings of the shipyard. In fact, you can see the building which collapsed in the Google Earth capture. It is the southernmost of the two buildings situated along the road. 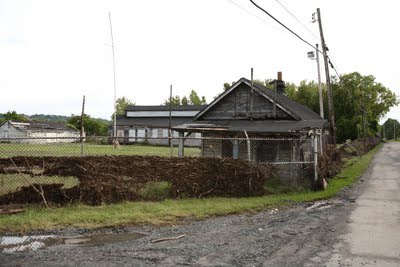 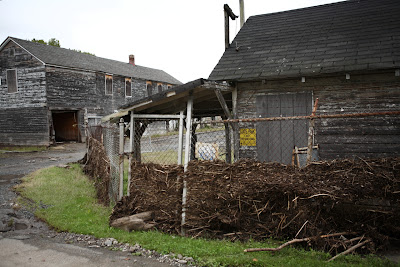 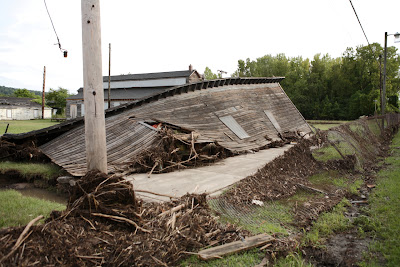 Posted by David Truland at 6:33 AM